104 Share a conversation between Microsoft’s Bill Gates and Apple’s Steve Jobs – two of the wealthiest men in the world and arguably two of its most powerful men.
The themes range from poverty to wealth, and then to wealth again.
It’s priceless really 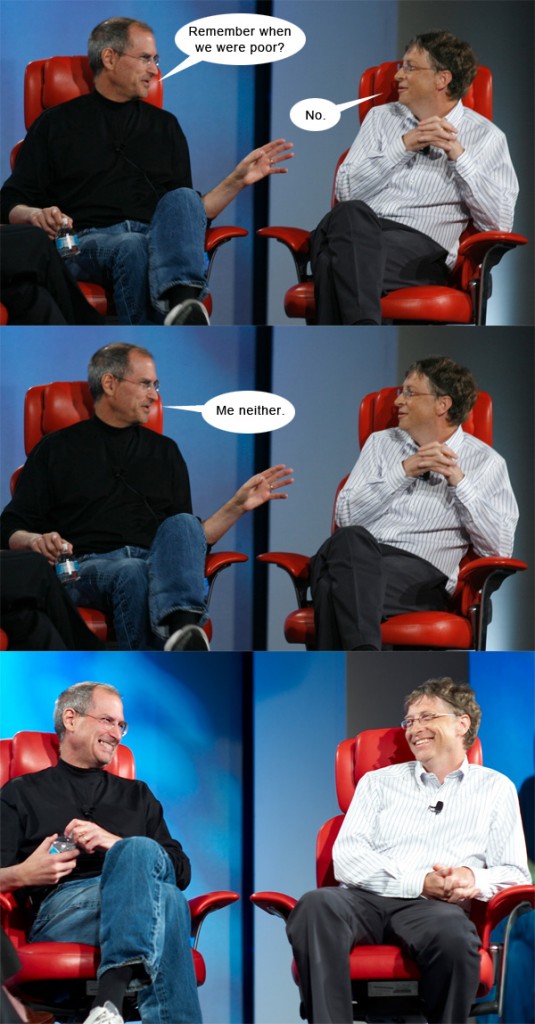 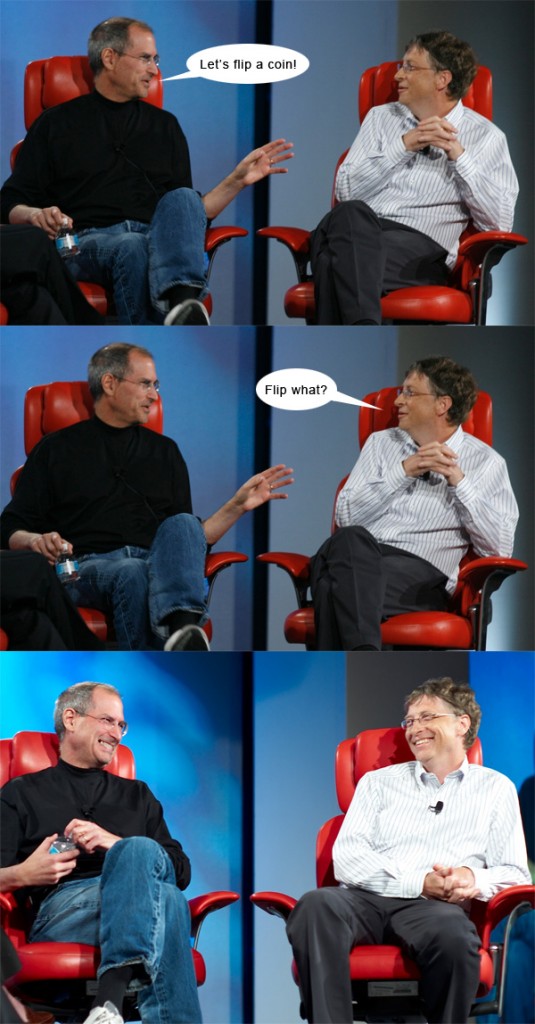 and the pièce de résistance 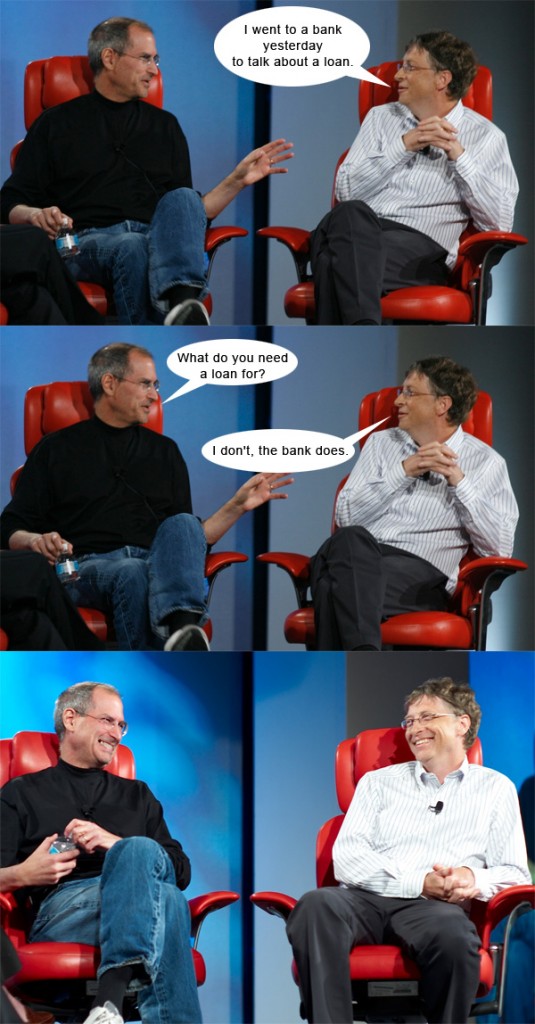