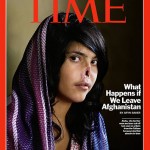 “Once you put your work out there you can’t control how people respond, but you want a response.” Tuesday night we were listening to Jodi Bieber (no relation of Justin) talk about her photography at Vega’s Johannesburg Campus. Having just won one of photojournalism’s highest honours – the World Press Photo of the Year Award – seems to have left her largely unaffected. Proud of the achievement and the global focus that it has put on the plight of women under Taliban rule in Afghanistan she spent less time on the award than she did on talking about her personal portfolio of work, all set in South Africa.

It’s this place that drives much of her work and fuels her interest. It was picking up a camera that gave her “a vehicle to discover my own country’. Born and raised in Joburg’s northern suburbs she was saved from a career as a successful media planner in an ad agency by her interest in photography, which took her to the Market Photo Workshop, set up by one of South Africa’s foremost photographers David Goldblatt. She studied and built up a portfolio, and got her first break from Ken Oosterbroek, of Bang-Bang Club legend,  who was then photo editor at The Star newspaper. It was the early 90’s and South Africa was at war with itself. There were huge casualties, among them some of the best news photographers of a generation. “Suddenly I was awake to what was happening. Working at a newspaper, one minute I was standing in Nelson Mandela’s house and the next in a shack … At the same time there was a lot of death”. 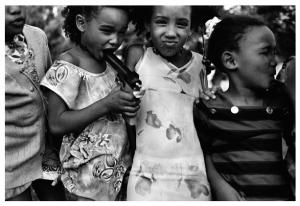 From "Between Dogs and Wolves", by Jodi Bieber

She didn’t go into a lot of detail about that time but it’s clear it affected her profoundly. A few years later Bieber became attracted to telling the story of young people living on the fringes. She talked about taking photographs of kids in Joburg’s inner city and having met up with a man who was involved with street children during this time. She was taken aback by his gentle manner and his compassion for these children, specially after one of them had stolen his wallet. “He was so generous, so kind”. It was a while later that she discovered that the man was in fact Moses Sithole, one of SA’s most notorious serial killers responsible for the deaths of 48 women. A nervous laugh.
Fast forward to a few years later and Bieber has turned 40 and is living in London – and while leaving a Tube station sees the poster for the Dove soap real beauty campaign that photographed real women rather than models, showing them in their underwear. The tagline “We see beauty all around us”. Inspired by this she wanted to do a series of photographs of women in South Africa, to grapple with “Real Beauty“, not the photoshopped kind.

She undertook the project by creating pamphlets that explained what she wanted to achieve. Her subjects had to agree to be photographed in their underwear, and the only other condition was that it had to take place at their home against a background of their choice. Elements that “tell you so much about a person”. The series is incredibly evocative, made more so by Bieber’s selection of the subject’s words from their interviews, quotes that bring each photo to life. They are portraits that show a mix of vulnerability and strength, women as imperfect and yet whole. I don’t find them beautiful as photos but there’s beauty in their honesty.
She also showed a series she did for Amnesty International entitled Survivors about victims of domestic violence. Hard to watch. Moving and disturbing in equal parts. Necessary.

And then her latest work, a joyful 360, her book, Soweto. 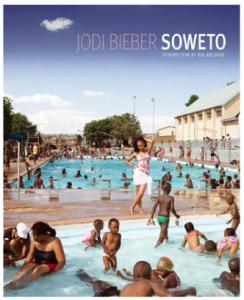 The project came about, [this from an interview she did with The New Yorker] “when a friend pointed out that there are virtually no contemporary photographic books on Soweto.” It was shortly before World Cup 2010. “I knew that the references to Soweto in the mind of the outsider would be of Hector Pieterson, who was killed in June 1976,” writes Bieber in the introduction. “Or perhaps poverty, HIV/AIDS, or even the dusty crime-ridden streets, which I found to be not all true.” So she went to work, covering seven thousand kilometers in three months and challenging preconceptions along the way: a fashion shoot in Mofolo Village, a rock band in Pimville, and a wedding party in Rockville.” The New Yorker has a great slideshow of some of the book’s images.

Bieber is full of good humour. She is brave and unflinching, and yet she comes across as compassionate and even kind (not usually primary qualities I associate with photojournalists). I like this about her.
And I loved her stories about taking the photos. And naturally her presence in Soweto was met with “So what country are you from?”
– – –
* Jodi Bieber’s portfolio.

You can listen to Bieber talks about her approach to taking the award-winning photo of Aisha in this video for Time magazine.