Pretoria. Just 35 minutes away, and yet the capital might as well be on a different planet for the number of times I venture there. A few weekends ago it was for an audience with South Africa’s struggle icon Winnie Madikizela-Mandela and some fine Italian food. 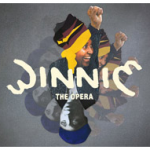 “Winnie: The Opera” had a short run at the State Theatre – ironically once the bastion of Afrikaner kultuur. How Winnie must have laughed and laughed [I did] when she attended the opening night. The opera itself was a little weird. For one thing Winnie’s story is more soap opera in parts, for another it is hard to grapple with the “mother of the nation” and come away victorious (as anyone who has tried to knows). She’s part Mother Theresa, part Lady Macbeth, a woman who has lived drama, been at the centre of a murder trial, married to one of the world’s most famous and most loved political heroes, Nelson Mandela, made herself synonymous with the image of a car tyre and a box of matches, and is also a defender of the rights of the poor and the dispossessed. She has been portrayed as cruel, and as kind, as a fearless leader, and a woman of indomitable spirit, who has fought Apartheid and bunked Parliament.  And yet I can’t help thinking we know so little about her – beyond the spectacle.  What does the inner life of Winnie Mandela look like? In the opera, as in life, she comes across as stoic and unbreakable, and also given to some strange fashion quirks. I came away from the performance with the idea that she believes all she has ever done is justified and that there is no need to give any answers for the less salubrious aspects of her life. She is to be reviled and admired, enacting the  classic double life of the Madonna and the whore, or just trapped in our definition of who we want her to be.

The audience didn’t seem to fully engage with the opera through the performance but come the finale, the cast was given huge applause and a tremendously long standing ovation. What interested me was that it seemed the characters were being applauded for who they are in “real life” rather than for their role in the opera. So even the bit-part characters – like the mostly silent Zindzi – were cheered as if  they had played a leading role. I enjoyed it in parts but couldn’t get past Winnie, the star of the reality show, to value the opera. [Watch the interview with director Mfundi Vundla if you want more – I would have embedded it here if TimesLive’s code was working …] 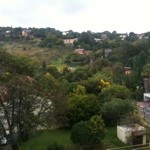 The green hills of Pretoria

The part of the afternoon that I found less difficult to make a call on was the one featuring the tortellini with truffle butter that we ate at Ritrovo, the restaurant of one of South Africa’s celebrity chefs Fortunata Mazzone (and father Giovanni). It’s a name made for an opera. The restaurant is tucked away in an otherwise unremarkable little shopping centre in Waterkloof, with a spectacular view of the tree-ed suburb in the hills or kloofs of Pretoria. Decor-wise Ritrovo seems understated in some ways, with its appeal to family eating, and a bit tacky and perhaps overstated in other parts with every inch of wall space covered with plaudits, affirmations and endorsements, articles and even the family’s heraldry certificate. [Maybe it’s just me that’s uncomfortable with that kind of display – although to be fair I have always wanted to hang the certificate I received in Grade 1 for winning the walking race at Benoni Public Baths – but felt guilty that my proudest achievement in the swimming pool came to me because I think I may have pushed over the rabbi’s daughter. Sorry Racheli]. 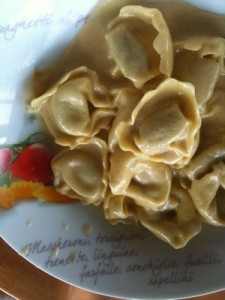 Enough dwelling. The food was good. Really good. I had food envy each time we saw a waiter make their way across the floor to another table. Fortunato was around, and charming. Helpful, chatty and exuding cheeriness, in a good way. We sat at a table by the window overlooking the glorious view – book that! – and ate delicious pastas, mine with aubergines, and a delicate goat’s cheese and beetroot salad on a Sunday afternoon. And once the Gautrain opens its Pretoria route Ritrovo will be offering pick-ups from the nearby station. Great idea. Plus there’s the kitchen store next door that had some covetable items if you are so inclined, which I am.

So there you have it. One Sunday afternoon. Lots of drama accompanied by Italian food. Just the way it should be.

One thought on “Winnie Mandela and Pretoria’s other opera secret”