Until a few Sundays ago the biggest find in Culllinan was the 3106 carat diamond discovered there in 1905. No doubt much has happened since but I have no idea what it is. On a sunny winter’s morning we made our way to the area north-east of Pretoria now known as Dinokeng, chasing a tale about brilliant Greek food. There is no limit to how far I will travel for a great meal. Add to that – on a winter’s day Pretoria and its surrounds are even more attractive, with weather that’s always a few degrees warmer. 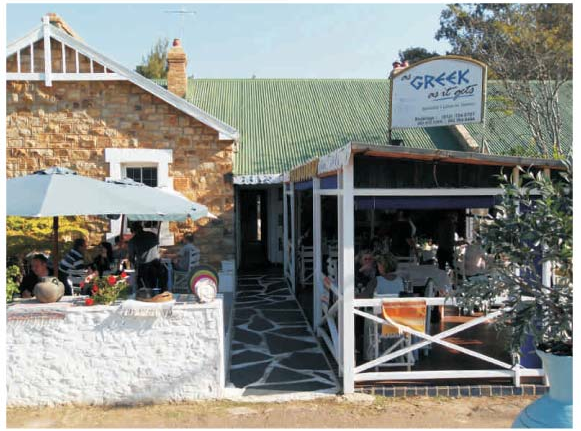 As Greek as it gets (their photo) 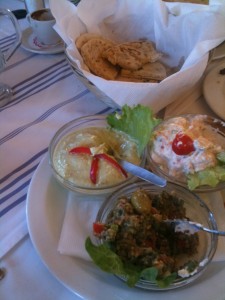 At the end of Cullinan’s quaint main road with its village fair artsy-craftsy feel is As Greek as it Gets. The family restaurant (the menu carries a note from Chef patron Stavros Vladislavic that says “I like to feed children first”. Smart man) with large tables outside in the garden and a covered patio was packed, heaving with children and Afrikaans accents. We were the uitlanders. I knew this when I read on the menu “We will not tolerate anyone trying to redo the whole menu”. It reminded me of a sign that hung at the Olympia Cafe in Kalk Bay last December saying something like “This isn’t Sandton, dahl”. The signs were all in place – the restaurant next door advertised “Beer-amisu” as its dessert speciality and there were more than a few Totota Hiluxes parked along the road. 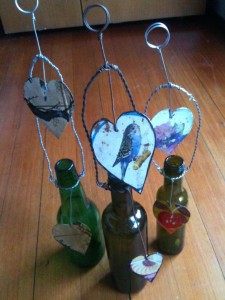 Having crossed the Rubicon (sounds so much better than Midrand) we were so hungry from the idea of the trip we had just taken that we made the mistake of being seduced by the extensive meze menu. Between 8 of us we ordered and consumed platter after platter of the most deliciously fresh pita breads, Greek salad, dips, feta and haloumi cheese, artichokes, melitzanosalata and my favourite Patiti (a mix of feta cheese, chili and yoghurt), also sardines and calamari. Every taste of it memorable. It was a strangely broken up meal as curious about the main street we wandered off in packs between plates to get a feel of the place, returning at points with more packets containing glassware, trinkets and local craft. I fell for a whole lot of glass bottles recycled as candleholders and wall ornaments (see below). There is a lot of that. Wire sculptures dot the pavements and there’s a curious-looking theatre or teater a few doors down. 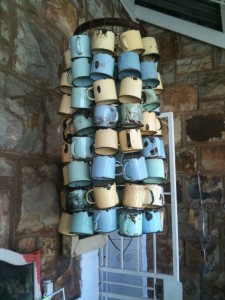 The park across the road was filled with children, shrieking delightedly as they swung higher into the blue winter sky. What was not to like. We all watched as one person at our table dared to order more food – the lamb chops  (by then were were all declining the offer of a main course) which by the time they arrived created envy and discord. She said they were “verry tasty”. We finished off the meal with sticky baklava. Supreme. And by then the sun was starting to dip and it was time to head back to the city with different precious resources. Hopefully on a return visit planned for a Sunday nearby I’ll get to discover more than Cullinan’s generous meze offering.  And if not, the day will still have been well spent.

* As Greek as it gets is at 86 Oak Avenue, Cullinan. To make a booking call Stavros on 083 632 5364 or 012 734 0707. See the full menu. There’s also a lot going on in the area that would make a longer trip worthwhile. For information see the Cullinan Meander on the Dinokeng Tourist Guide site.