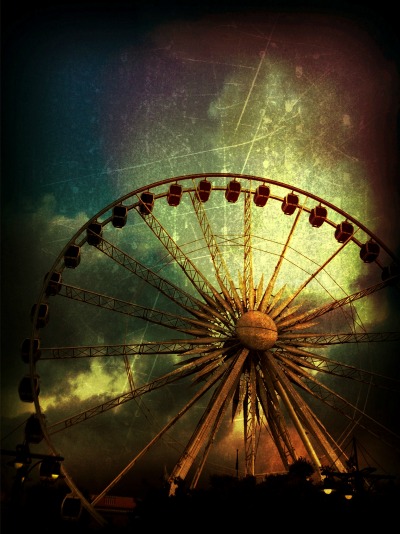 Hi. My name is Laurice Taitz and I am an iPhoneographer. It’s defined as someone who uses an Apple iPhone, along with multiple editing and sharing applications (or apps), to capture the world around them; or perhaps more accurately, the world right next to them.

It’s fast become an epidemic – prompting local tech blogger Marc Forrest to create the first iPhoneography SA exhibition that opened this week in Sandton, Johannesburg. Its aim is to showcase the “art of taking photos with with phone”. Art? I ask. To which Forrest admits “this artform can be put in inverted commas”.

He says he created the exhibition “to let South Africa in on what the world is doing”. Apple revolutionized cellphone photography with the iPhone 4 by adding a 5-megapixel camera and a flash it caused many fans to dump their compact cameras.

What marks out these photographs, says Forrest, is “They are taken and edited on-the-go. There’s a difference to when you take out your big camera. Often the composition is so important that you don’t usually see what is right next to you.”

“When you take pictures with your phone you are not going out specifically to shoot. So many are of everyday objects. They are images that we can all relate to. And for each one there is a story to tell of why you were there in the first place.”

The photos used for the exhibition invitation are exactly that – a mix of landscape shots with moody skies (many are shot using the application instagram that gives even an average photo some real drama). Others have a painterly quality that creates a little artwork out of a cup of coffee from Vida Caffe, a rainbow or a lighthouse set against stormy clouds. Many capture the play of light on otherwise ordinary objects. 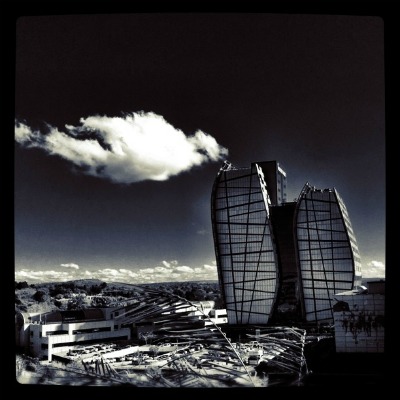 The photos for the exhibition were selected from the work of around 70 photographers and 225 will be exhibited.

The call for entries was advertised online and Forrest says the criteria he used to assess the work were simply: “Would I buy this for myself or someone else?’ and is it striking and different?” This is photography by the people, for the people.

But iPhoneography isn’t only for amateurs. It reached its tipping point in November when photographer Damon Winter scooped the front page of the New York Times with his photos shot using Hipstamatic, another iPhone app.

Writing for Lens, the New York Times photography blog, James Estrin says: “The photographer takes the picture, not the equipment. Few people care what kind of typewriter Hemingway used.” After that casual dismissal, he goes on to say. “But it happens that Mr. Winter quickly realized — after trying a few shots — that his iPhone would be an effective way to capture the day-to-day trials of the First Battalion, 87th Infantry of the 10th Mountain Division in northern Afghanistan.”

Locally the phone as camera made headlines when Dale Yudelman was recently awarded South Africa’s richest photography prize – the Ernest Cole Award – for his portfolio of photos taken on the streets of Cape Town. He also used Hipstamatic (it costs $1.99). Both photographers remarked in interviews that using their iPhone allowed them to take pictures they otherwise would never have gotten. Talking to Sean O’Toole in Sunday Times Lifestyle, Yudelman remarked that because everyone photographs on their cellphones. “I don’t stand out in the crowd.” The result is a casual, instant and intimate form of photography. 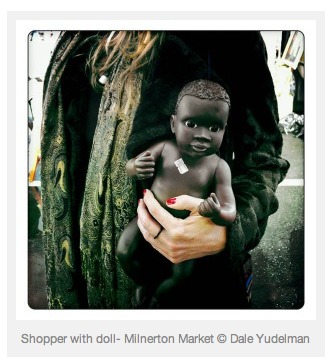 Part of the portfolio submitted for the Ernest Cole Award

Part of the phenomenon of iphoneography is the idea that “everything is social now” and that new technologies enable not only the capturing of these moments but the ability to share them as quickly through social sites like Flickr, instagram, twitter and FaceBook. Of course all the social sharing raises the question of value. For the exhibition photographers have priced their own work. 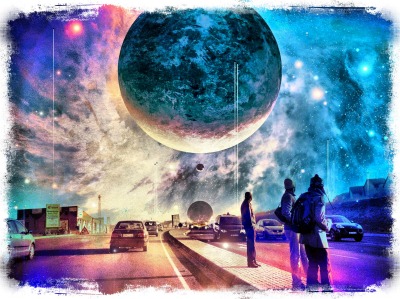 One third of the photos selected were taken using Instagram. It’s a free application that allows you to snap a photo and apply a “one-click vintage filter”. The app gained a million users in its first three months. It added a second million one month later posting “a faster rate of growth than Facebook and Twitter,” says a report in Fast Company. On August 3, its 27-year-old founder Kevin Systrom announced a milestone of 150-million photos uploaded. Today the company has seven million users and just four employees. While there are limitations on printing these photos because of their resolution an industry has been sparked in apps that allow you to take your photos offline. There’s postagram that prints and ships then as postcards; stickygram, that creates fridge magnets out of your favourite pics (with free worldwide shipping); prinstagr.am makes posters and stickers; and, instamaker, if you want those images on your coffee mug or T-shirt. 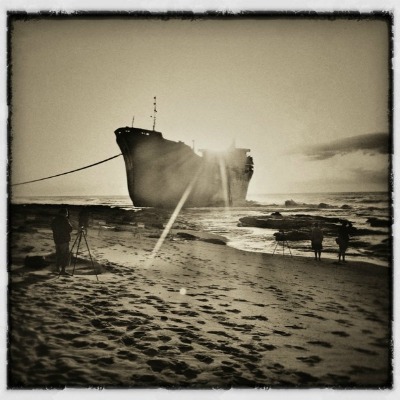 There’s countless blogs and photo sharing groups dedicated to iPhoneography, and to interviews with iPhoneographers. Forrest says the interest in the exhibition so far may prompt him to make it an annual event. “I’m not professing to be an expert in this. I am just an average blogger who is a passionate about tech”. And for me it’s just good to know that whatever your condition, there’s a support group for it online.

* iPhoneography is on at the iStore, 1 Sandton Drive, Sandton until September 14. For more information go to www.marcforrest.com/iPhoneography. A version of this story was published in Sunday Times Lifestyle.