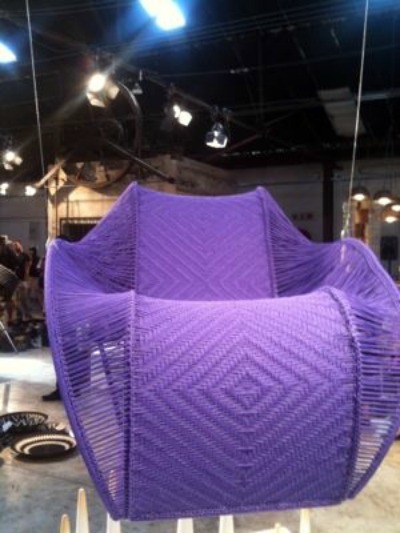 Coinciding with the Joburg Art Fair last week was an exhibition curated by Adam Levin of Imagine Nation (the global homeware store based at 44 Stanley Ave) that brought together 30 leading designers from 15 African countries. It’s part of a 36-month funded programme (Thank you Denmark) aimed at establishing “authentic interaction between design companies from throughout the continent who produce beautiful, contemporary work”, and at fundamentally changing the perception of African design in the global marketplace. Adam has an eye for beauty and an incredible talent for finding the people, wherever they might be, who are producing extraordinary design objects. During World Cup 2010 he put together a groundbreaking show of African design that was showcased at Nelson Mandela Square. I have to admit I only had a really short time in which to view it all last week at Arts on Main but I loved what I saw. 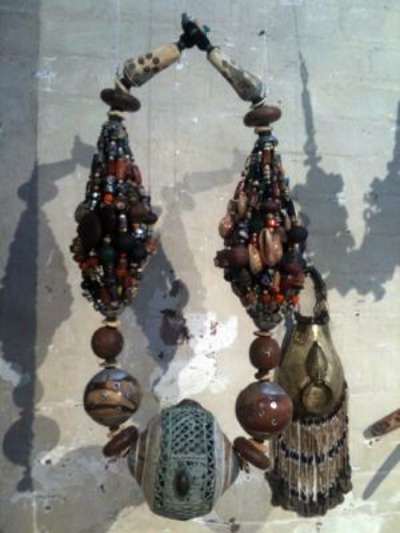 There were beautiful things on show. From Malian designer Cheick Diallo’s woven chair that hung enticingly over the space  [“I don’t have an interest in design if it is only to remake that which already exists,” declares Diallo in the exhibition programme] to Nigeria’s Okechukwa Echere’s amazingly over-sized jewellery as sculpture. Echere, based in Lagos is described as a “bead merchant”. I like the comparison of his work to “hip-hop bling” in its exaggerated use of masses of beads and metalwork. Enormous neckpieces that look fit for very b.i.g. royalty.

I also liked Ousmane M’Baye’s primary-coloured furniture pieces. Described as being “Like post industrial 3D incarnations of Mondrian’s paintings”. M’Baye, from Senegal, says “I think of design as a freedom – a do-what-you-want urge to express my dreams and hopes” 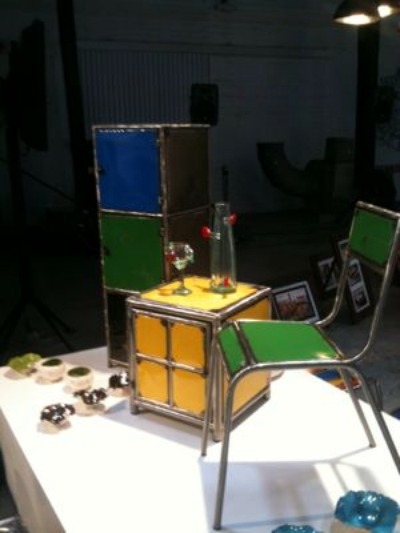 Among the South Africans  there was an amazing chair made by Mielie in their signature handcrafted style and Heath Nash‘s  awesome recycled lights, part of his “Other People’s Rubbish” range, and two adorable robot lamps by design duo Doktor & Misses. 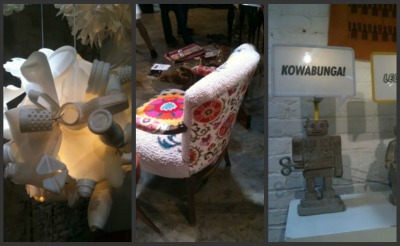 The exhibition has moved on but left in its place is a Spaza shop selling some of the items, that will be open every Sunday at the top floor of Market on Main, until the end of the year. Reading the catalogue I saw that Adam Levin is also working on a Museum of Modern African Design (MoAD) set to launch in 2012. Definitely something to watch out for.

* You can follow it all on the DNA Program and PACE Fair Facebook page. Market on Main is at Arts on Main, directions here.