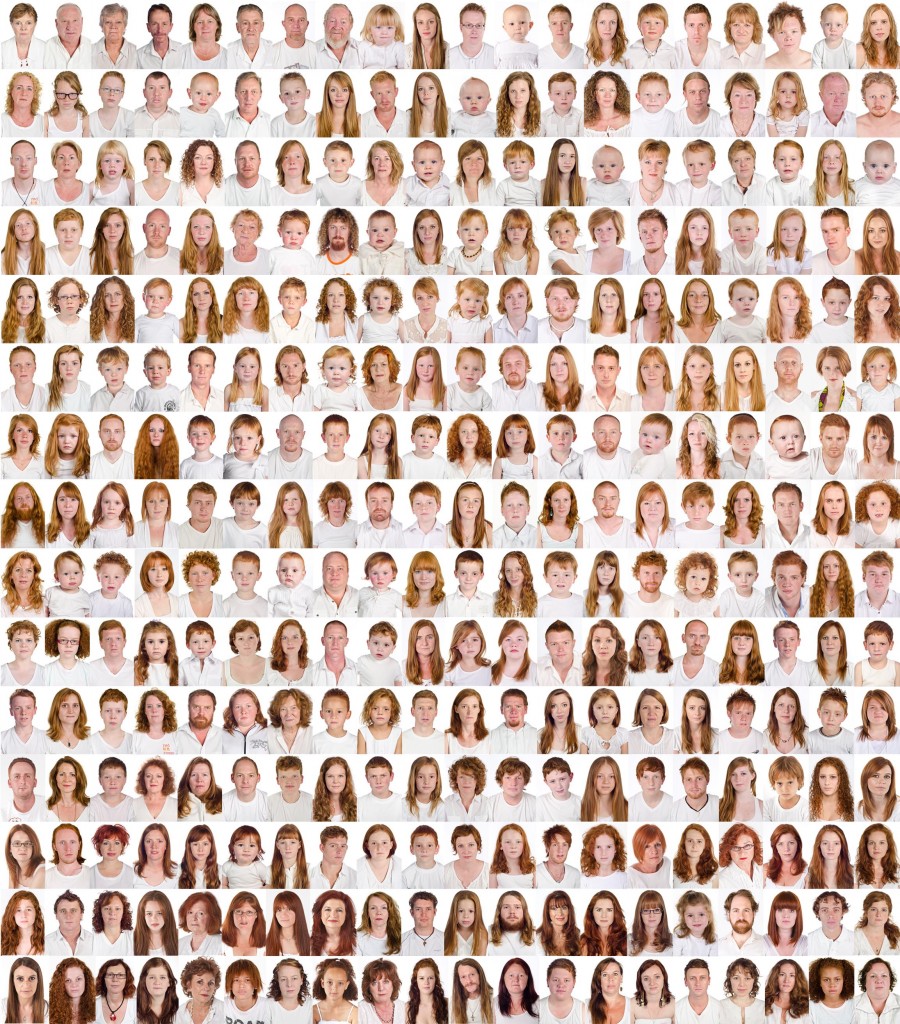 Anthea Pokroy collects gingers. When I hear that I imagine her standing up at a support meeting, guiltily surveying the room, and then confessing. I also am mildly reassured. Though not a collector, I am a ginger, and find myself drawn to other redheads, unusually interested in characters like Homeland’s Damian Lewis, Desperate Housewives “Bree Van de Kamp”, News International’s Rebekah Brooks and now in Pokroy.
It appears that once you start, there is no holding back. In just over two years Pokroy collected more than 500 gingers, photographing each one of them. Her solo exhibition “I collect gingers” opened in January, a series of portraits presented in 10 “hair groups” – a spectrum from strawberry blond to dark auburn cross-referenced against skin and eye colour. The groups constitute a racial classification invented by the artist, with sub-classifications. “It’s human nature to create hierarchies, but I haven’t suggested who is the low – I wanted the viewer to impose that,” says Pokroy.
What started off as an exploration of ginger identity is a playful but powerful musing on the implications of a ginger utopia, from identity cards, to meetings and manifestoes and goals to increase the ginger population. A file fat with consent forms from gingers lies on Pokroy’s desk at her Newtown studio. It contains signatures and hair samples collected from each subject – probably an unrivalled ginger DNA database. 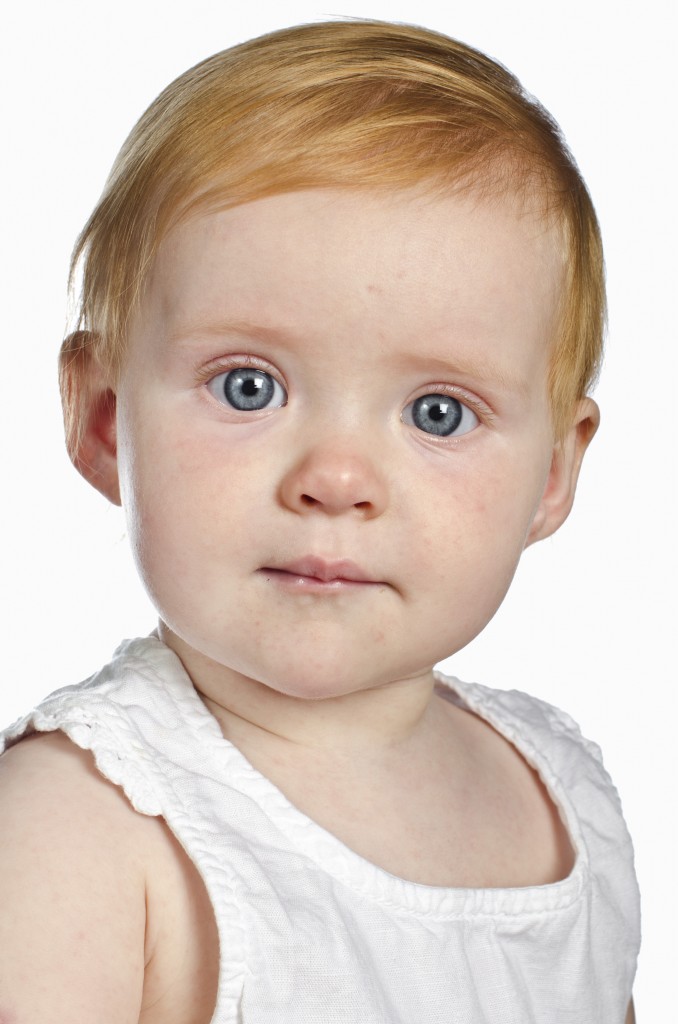 “I didn’t set out to do this,” she giggles, adding, “In fact, I don’t think I knew what I was doing at the start. But an artist has to have conviction and be committed to an idea.”
The project started with a group portrait of gingers. “I graduated in 2007 and went to London where I found it very difficult to make art. When I came back in 2010 that’s all I wanted to do”.
Shooting gingers started as a way of exploring her identity. “I always wanted to photograph them, in a way it was the idea of a self portrait”. Pokroy also researched the portrayal of gingers in art and literature, compiling a long list of the flame-haired – including the biblical King David, Elizabeth 1, Malcolm X, and Vincent Van Gogh. “I wasn’t the first person to think about using gingers,” she says. “even the creators of TV series South Park had a ginger episode”.
Anyone who has grown up ginger knows what it is to be marked by difference. From mild insults to bullying, references to orangutans, carrot tops and Duracell batteries. My own ginger experience was nowhere as dramatic as many others. I recall a few insults and more frequent remarks made by great aunts about my childhood bad temper – “It’s the red hair”, they would say, and roll their eyes. But I also remember my grandmother spending an entire evening putting rags in my hair to create a mass of ringlets that would allow me to attend a fancy dress day at school as Shirley Temple. And then there was the time I was stopped in a shopping centre when I was nine and handed a small oil painting of a seascape by an artist who was displaying her work “It’s because of her hair,” she told my father. At that stage it was flaming red curls. 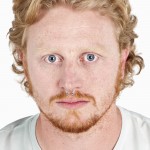 There’s a strand running through the ginger experience that Pokroy speaks of. She say there are “consistent similarities”, a notion whose universality she confirmed when she attended Redhead day in the Netherlands in 2011, and one she has been determined to explore.
Documenting the collective experience – good and bad – raised the question for her of how people are grouped together. “What defines a community, a nation, a race? Is it experience, lineage, features? Hair colour seems such a random basis on which to discriminate, as ridiculous as skin colour. It’s all genetic and pigment-based.”
This line of enquiry led Pokroy to ask the cheeky question of whether gingers could then be defined as a race. Her research led her to the most dangerous aspects of racial classification to eugenics and notions of racial purity so beloved of the Nazis and Apartheid’s grand wizards. As a Jewish South African it resonated deeply for her.
“I looked at how people were classified based on superficial features – the ridiculous pencil test or the nose measuring test used in Nazi Germany in the search and desire for racial purity”.
The exhibition dwells in ambiguity. The headshots are against a white background, each as neutral as a passport photo, but also possessing an otherworldly quality. They give no hint of any specific time or location. In Pokroy’s words the intention was to cause the viewer to question whether the grids of portraits belong to an “imagined history, suggested future or forthcoming revolution”, perhaps even a ginger super race. 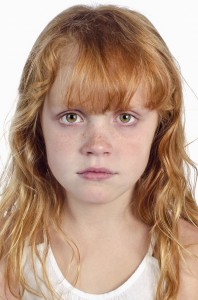 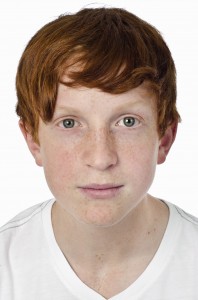 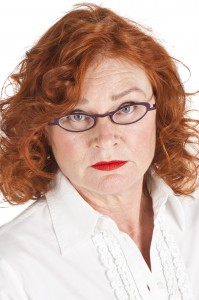 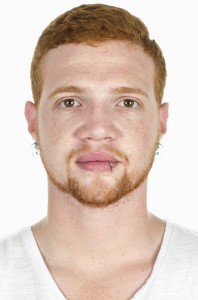 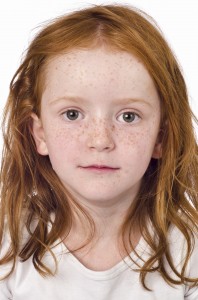 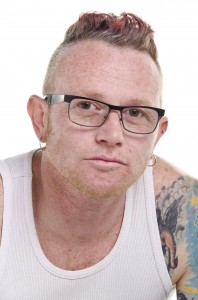 Her work was strongly influenced by ideas relating to museum archives and display. The rows of identically shot portraits bring to mind front covers of Time magazine in times of tragedy, where each victim is given a last resting place in print, a final farewell headshot, or alternately a rogues’ gallery of perpetrators, the kind you see when the police release their most wanted list. Although look closer at each photo and that impression is disassembled. There is a quality of lightness to the photographs and some really cute ginger babies.
“The experience I want the viewer to have – is to stop for a second and second guess whether what they are viewing is real or not.”
Pokroy’s project has at times skipped the bounds of art and fiction with some seizing on the content as a mark of ginger pride and a real call to arms. “I can see how it could instill ginger pride but it’s not about that.”
Art is not about literality. This exhibition is intended to provoke. It plays with the idea of racial classification putting the artist in a powerful position of being the creator.
Gingers are two percent of the world’s population – the result of a recessive gene, interest in which led to a now-dispelled rumour that an Oxford study predicted the ginger population would die out by 2060. “By collecting I am subverting the notion of weakness, and of minority. By putting as many together, there’s the impression that they are actually more abundant. 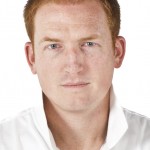 I am trying to make them more powerful than they really are, and give them a status they don’t really have.”
In a world where national boundaries no longer easily contain our identities and the lack of digital boundaries suggests possibilities for new communities previously never imagined a ginger world is an amusing prospect.
Collecting gingers has also been given impetus by digital culture with the project driven by social media, blogs, Facebook, YouTube, filmed flashmobs and video interviews. Pokroy also used a crowdfunding site to partially pay for the publication of the exhibition catalogue. The exhibition has fueled public interest, creating a viral intensity in the project.
Her subjects mostly contacted her. Everyone has a token ginger friend,” says Pokroy, laughing, “and people hearing about the project would immediately say I know a ginger .” The network multiplied the numbers – Pokroy has a growing waiting list of subjects.
I ask whether the exhibition feels like a culmination of effort or a step on a longer path. “The idea of growing it into thousands is very exciting for me. But I am nervous about pigeonholing myself as the ‘ginger artist’. After this I am definitely working on a different project … so many different possibilities.”
* “I collect gingers’ is at SPEKE Photographic Gallery at Circa on Jellicoe, Rosebank until March 2, 2013. See Pokroy’s I collect gingers site for updates. This piece first appeared in the Mail&Guardian newspaper.