The first Joburg Winter Sculpture Fair, was held at Nirox in the Cradle of Humankind on the weekend of May 4-5. A two-day Fair organised by Artlogic, the makers of the Joburg Art Fair and Food Wine Design, it was a supreme event. Perfect winter sunshine, winemakers and chefs imported from Franschhoek and a really superb sculpture exhibition in the extraordinary landscape that is Nirox. 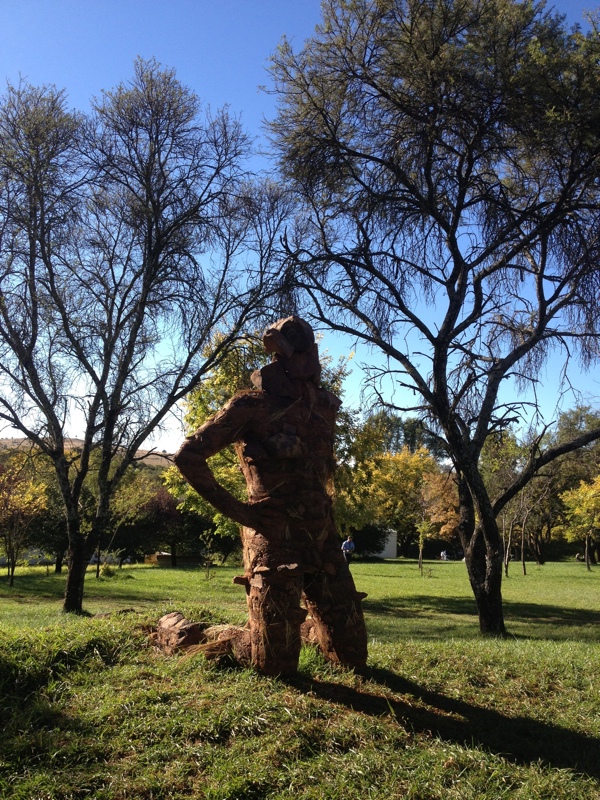 Angus Taylor’s Layers of Being

We were there on day one and managed to stroll, pause, eat, drink and enjoy the works in their perfect habitat. Although by that afternoon food suppliers were saying the crowds were unanticipated (more than 1000 people) and supplies had to be rethought for the following day. Day two, going by unverified reports, brought around 8000 visitors and major  Cold-War-style shortages of supplies. Problems of success it appears. For those who didn’t get to see what we saw I thought it worth posting the photographs (which I managed to take without all those people in them – quite a coup). 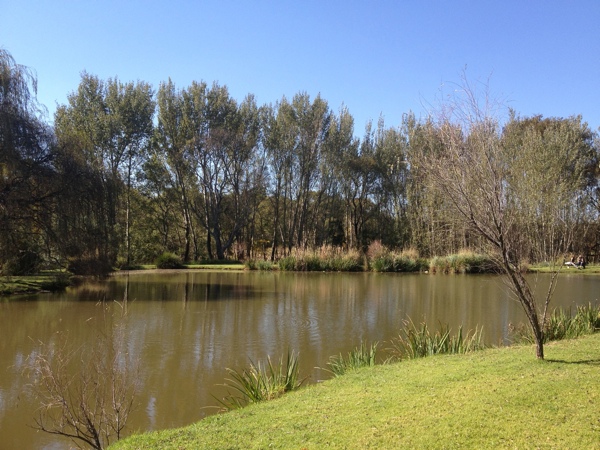 The exhibition, curated by Mary-Jane Darrol is titled “After the Rainbow Nation 2013” and was first shown in The Hague in 2012. The Nirox Foundation was part of that project, assisting the Dutch curators to produce it. Many of the works were then returned to South Africa so local audiences would have an opportunity to view them. I don’t think you can find a landscape more suited to the purpose than Nirox and each piece was displayed to its best effect. The sculptures ranged widely, their subject matter and construction in parts challenging, intriguing and also amusing. The display created a giant playground for kids and adults (with wine), making it a perfect family affair (the organisers also made sure that alternative transport was available for those who overdid Franschhoek’s offerings). We ate delicious food – Reuben Riffel’s lamb dish (see below), gourmet mini burgers from Braeside Butchery and unforgettable chicken spring rolls from Dish at Le Franschhoek Hotel & Spa. 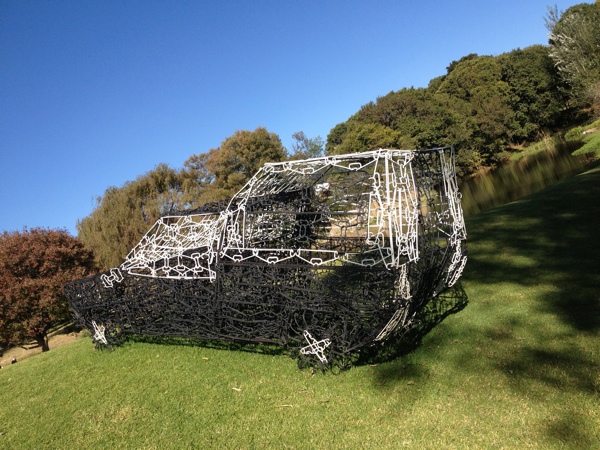 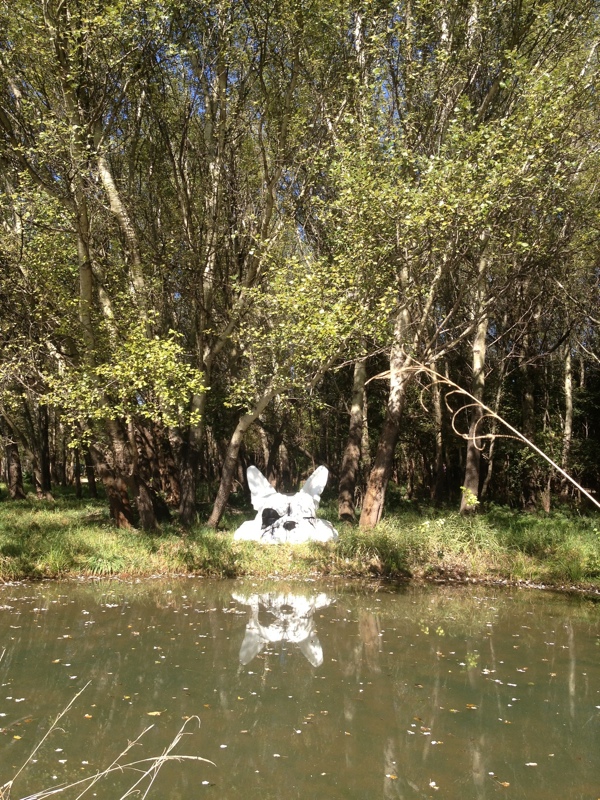 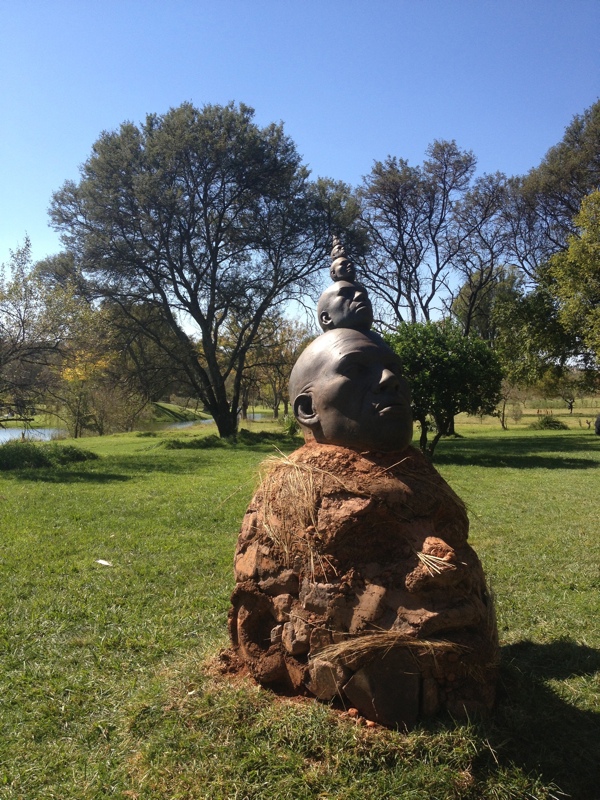 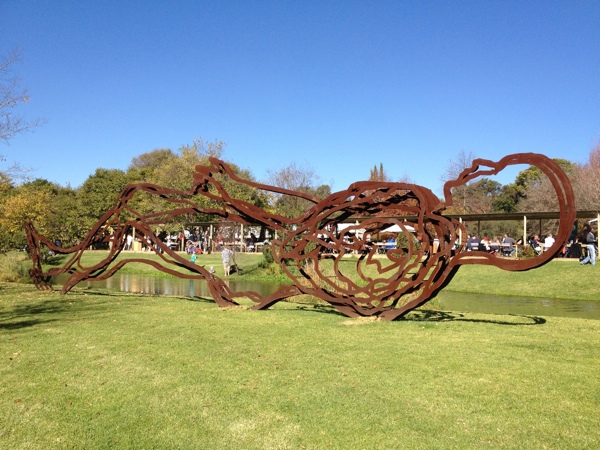 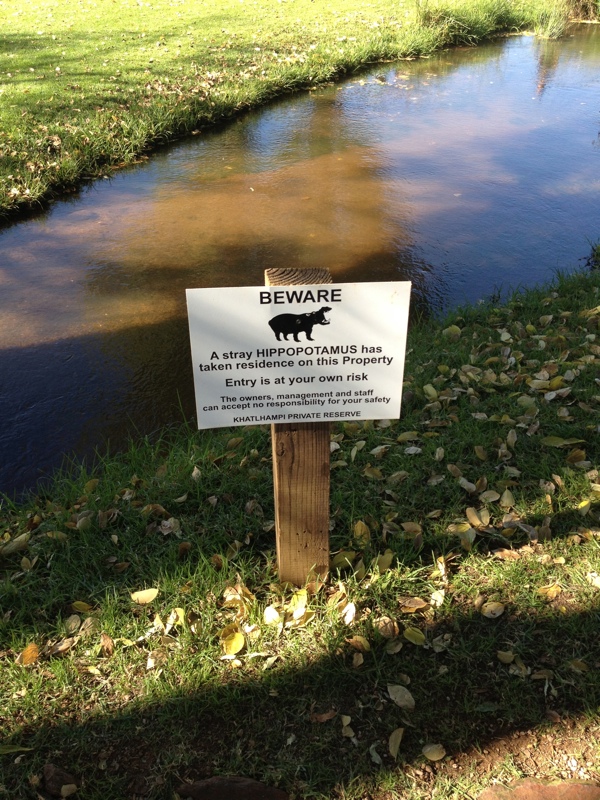 This was one of the challenging works – to run or to contemplate? 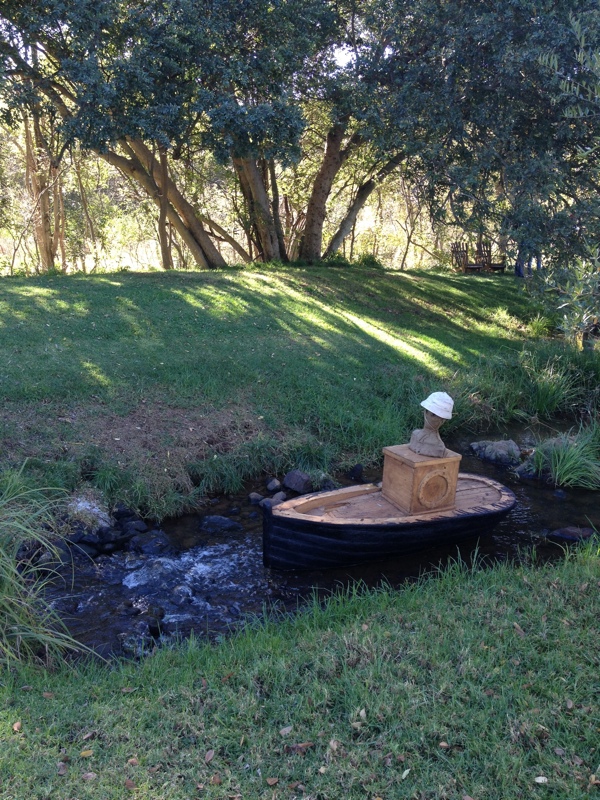 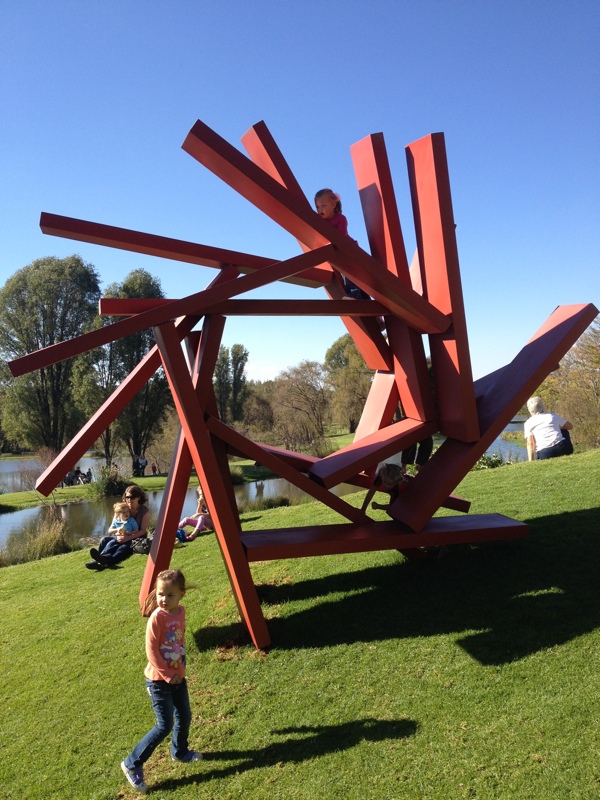 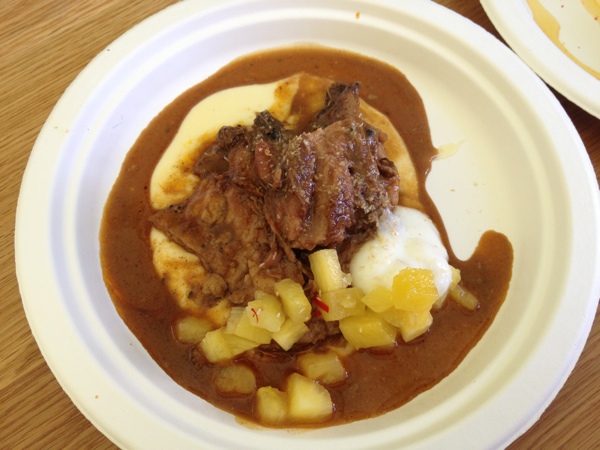 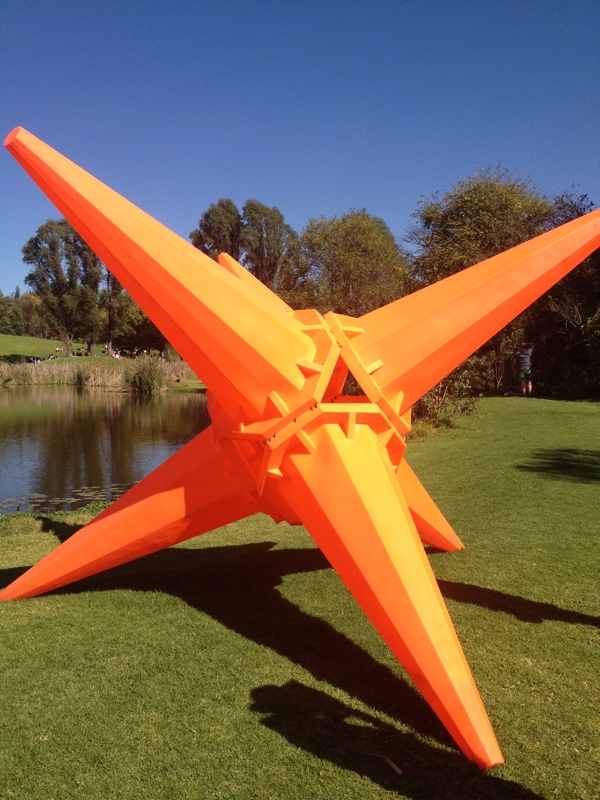 One of my favourite works – made with giant road cones 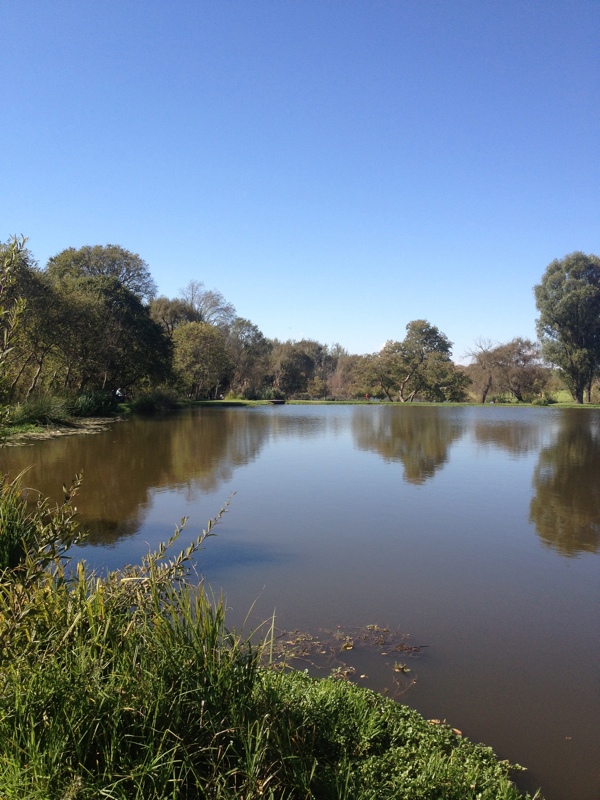 This is definitely an event to look out for next year. [If I had one complaint it’s that I couldn’t locate a map of the works on the day – hence the skimpy captions]. For more watch Mail & Guardian’s Matthew Krouse interview the curator and some of the artists Must-see NIrox sculptures and for great photos plus the people see one of my favourite blogs Handsome Things.