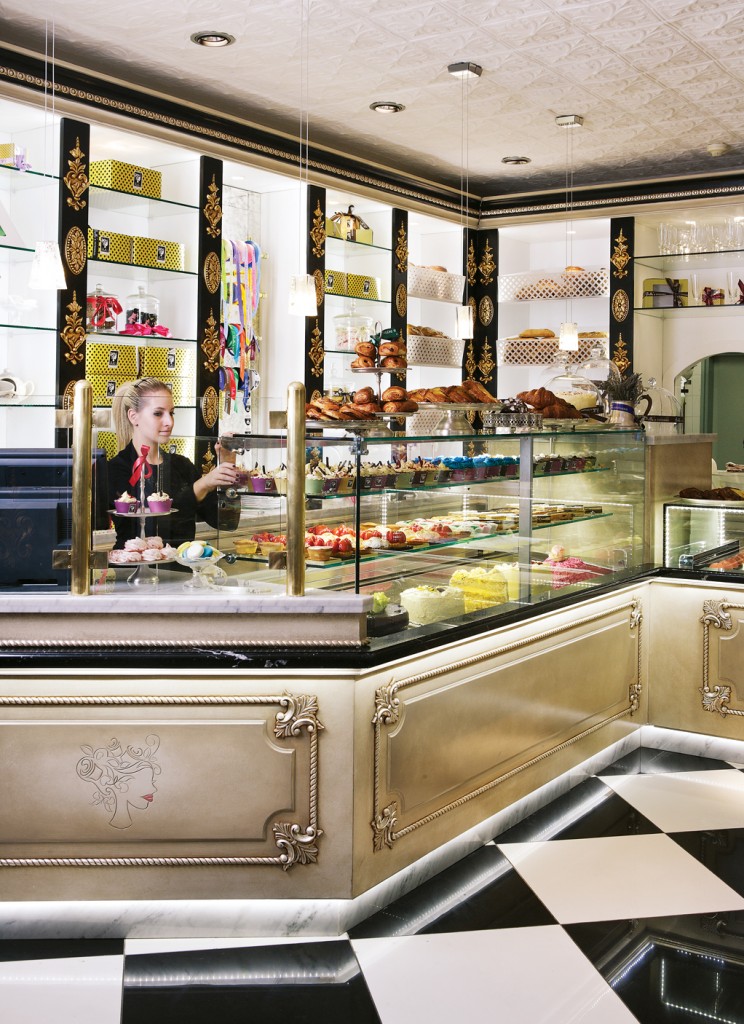 When historians turn over the major events of 2013, among Egypt’s implosion, popular revolts and the tragic Shakespearean makeover of a famous and much-loved sportsman who shot his future, will be the cronut.

A magical invention that combines two of the world’s doughy superpowers – the cronut is all glazed donut on the outside with its sugary crispness, and layered flakiness on the inside a la the croissant. The one I tasted (there were actually many more in the name of research) at Belle’s Patisserie was filled with strawberry jam, enough jam not to compress the lightness but to leave the most pleasant taste in combination with the delicate strawberry glaze. 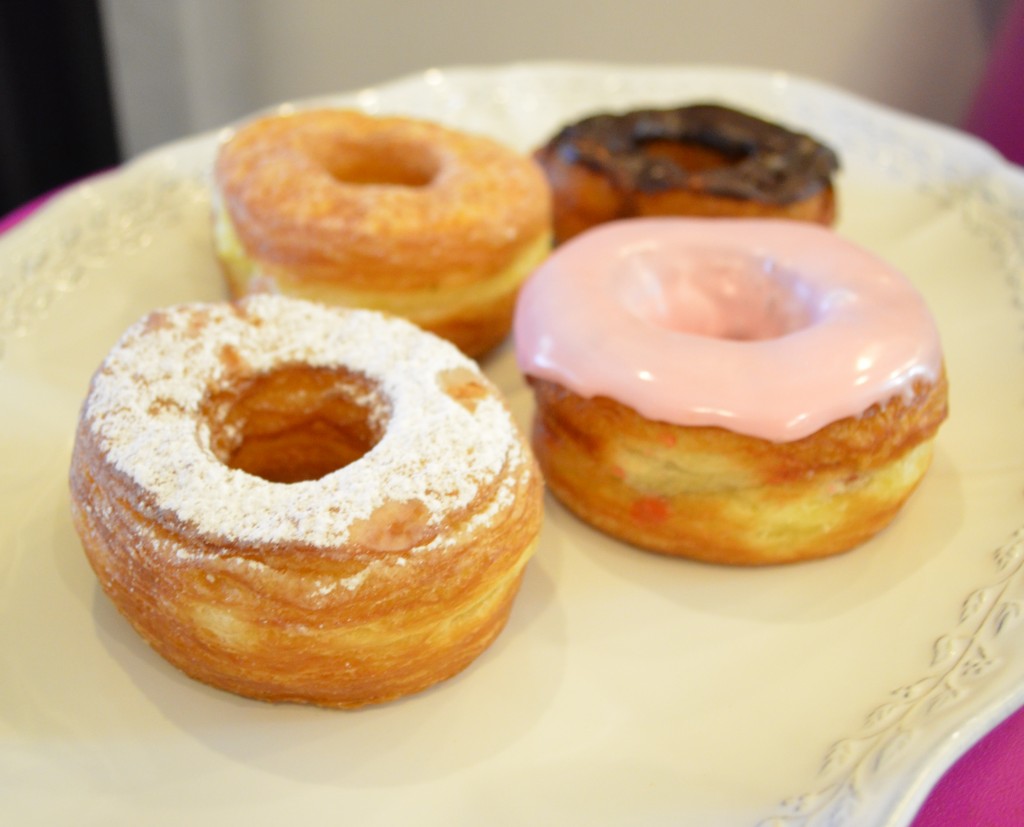 As far as we know (since writing this the Croiss-nut, Crois-nut, Doughssant has popped up all over the place – See Eat Out’s Where to buy cronuts in South Africa) Belle’s “unique” take on what they are calling the Crois-Nut is a South African first, putting the Johannesburg suburb of Birnam firmly on the pastry map. French-born pastry chef Dominique Ansel launched the original at his Soho, New York bakery in May. Ansel, realising he had struck some kind of gold immediately trademarked the Cronut name, spurring the need for alternative names, among them the “dosant” at bakeries as far flung as Sao Paulo and Taiwan.

Since then New Yorkers queue daily from 5am (the bakery opens at 8am) to get a piece of the Cronut. Ansel’s version sells for $5 a pop, reaching up to $40 on the black market, because of limited numbers. In-store sales are restricted to two per customer. It’s been called the most viral dessert item ever, with demand fuelled by social media and the power of instagram photos of half-eaten Cronuts [you would have to fight the Cronut to get your cellphone out in time]. One man even posted a Craigslist ad offering to trade his Cronut for sexual favours. 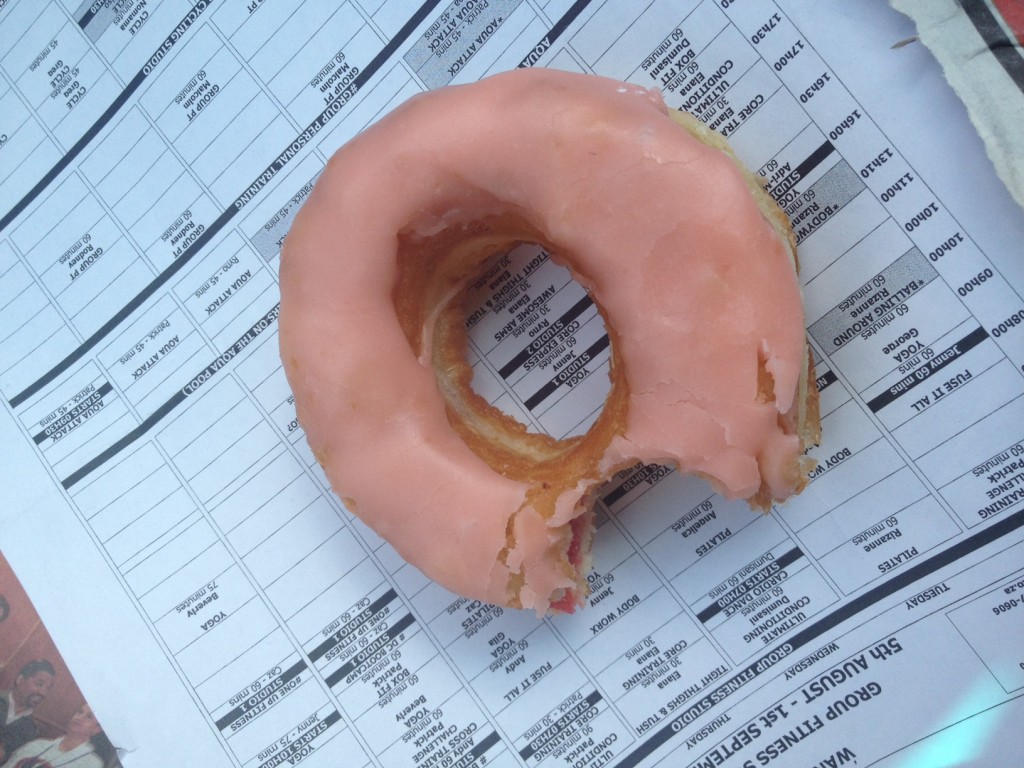 Belle’s Patisserie’s Crois-nut as Belle’s intended it. I couldn’t resist the first bite and somehow the only surface handy was my gym schedule

Ansel’s cornets are filled with vanilla cream and he has introduced a new flavour each month. Belle’s other versions are chocolate, custard and plain sugared, and will set you back R25 a pastry.

On his bakery website Ansel records that perfecting the recipe took more than two months and 10 iterations, the entire process taking up to three days for an item with an extremely short shelf-life and that is best eaten fresh. Belle’s Linda Lipschitz says their version took six weeks to master, “and I can’t count how many cronuts later”. 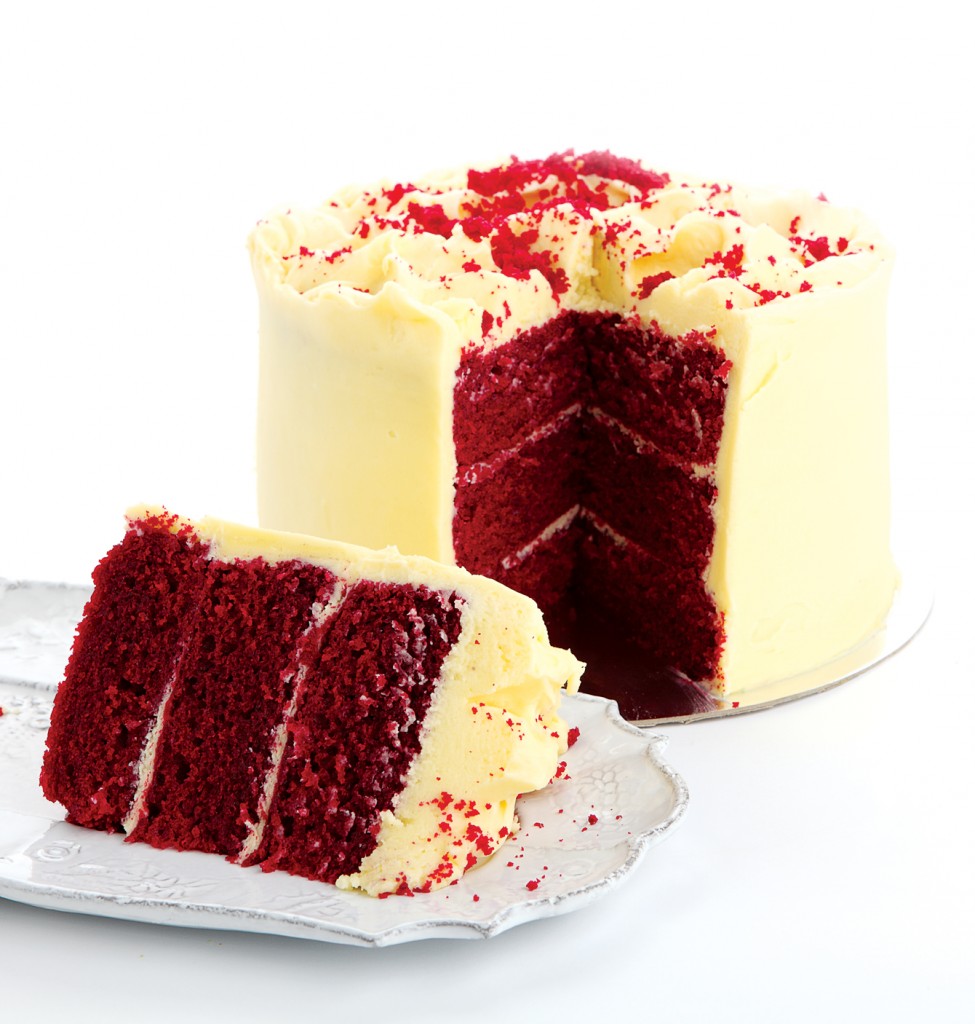 She says: “We are not here to copy, I wanted to make it our own”. She explains that the trick is to modify the croissant dough, as the standard version cannot withstand the frying process that a donut requires. Having once attended a croissant baking class, I can attest that the real thing takes many hours to produce and is already a highly technical process. But Lipschitz is up for challenges. Her kitchen hobby of baking is now a business employing 40 people. A speech therapist for 19 years she also deeply understands the needs of the mouth. Famous for supplying the finest red velvet cake in town, her raison d’être is to create [kosher and halaal] pastries and baked goods that taste as good as they look.

The cronut is just one example of recent Frankensteinian fiddling by pastry chefs. The New York Observer reported that in France the macaron emporium Laduree launched the Icecaron – an ice cream sandwich using their signature speciality, while in Canada reports surfaced of the Crookie, a croissant crossed with an Oreo. None has captured the same worldwide attention.

At the Smithsonian donut historians have traced donut history back through “Dutch immigrants, Russian exiles, French bakers, Irving Berlin, Clark Gable and Native Americans”. Apocryphal accounts of why there is a hole in the middle have been dutifully recorded but the jury is still out. Official records state that while the doughnut has many antecedents in its current form it came to Manhattan, then New Amsterdam, with New England ship captain Hanson Gregory whose mother Elizabeth “made a wicked deep fried dough”.

So too the history of the croissant has generated many popular accounts. Larousse Gastronomique dates its origin back to Vienna around 1680 where the city’s bakers foiled a Turkish invasion and to celebrate created bread in the shape of the crescent moon, a Turkish symbol. One hundred years later Ms. let-‘em-eat-cake Marie Antoinette allegedly introduced this fancy pastry to the French aristocracy.

Take the quintessentially American donut and combine it with the national product of France and you have the Cronut – the perfect blend of two distinct national cultures. Who has time to think of calorific values when you might be looking at a recipe for world peace?