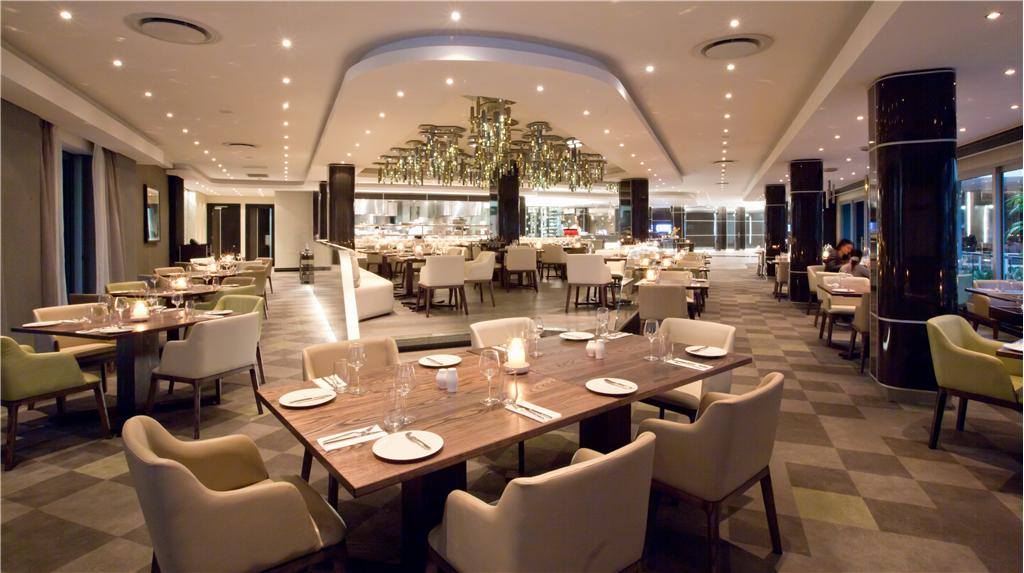 If you haven’t visited The Maslow, you should. The refurbishment of the old Southern Sun on Grayston Drive has turned what was a dowdy and dated establishment into a slick business hotel, and a social hotspot. The hotel’s design was rethought to focus all the attention on the outdoor areas with a bar taking up a large deck overlooking the pool, which on Sundays is a popular venue for live music and a lazy three-course lunch.

While there is a touch of formality to eating at a hotel, there’s also something incredibly attractive about professional service, attention to detail and a sense of hospitality often lacking in restaurant service. As restaurant patrons go we are not lingerers – in Joburg’s swift turn-tables-as-fast-as-you-can culture we are your ideal patrons, or so I thought. 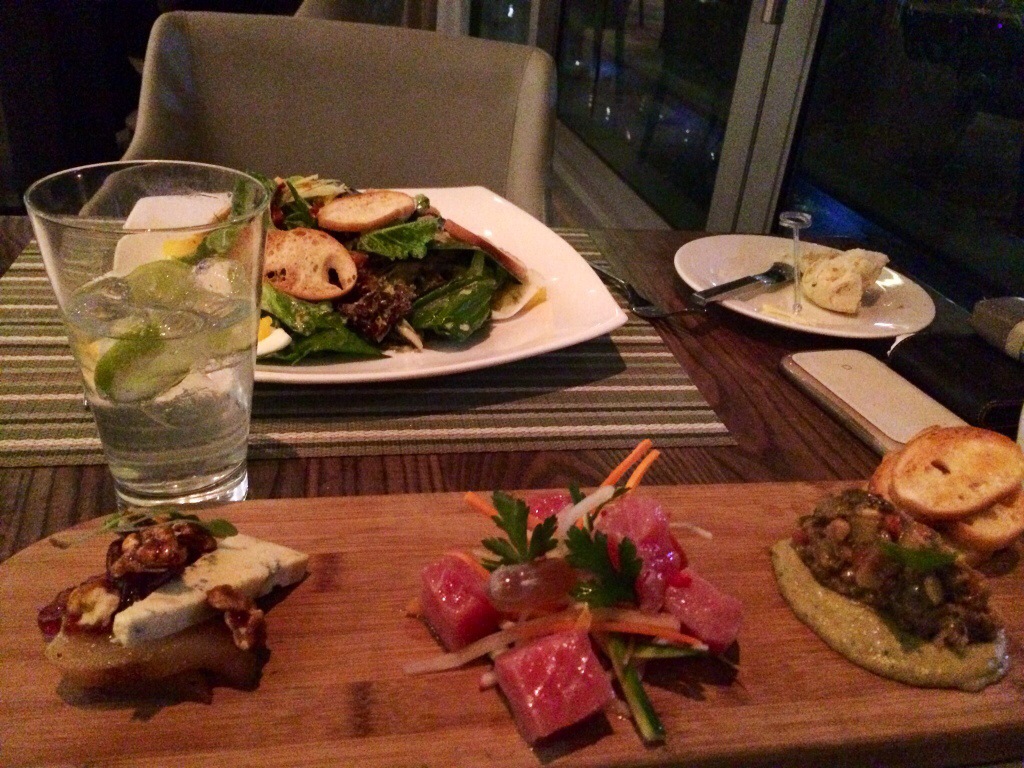 A leisurely two-hour meal of three courses gave me cause to revise that thinking. Lacuna Bistro is a large restaurant, with split levels. Seated by the window overlooking the garden and water features, it felt an intimate setting perfect, with low lighting, and perfect for conversation. 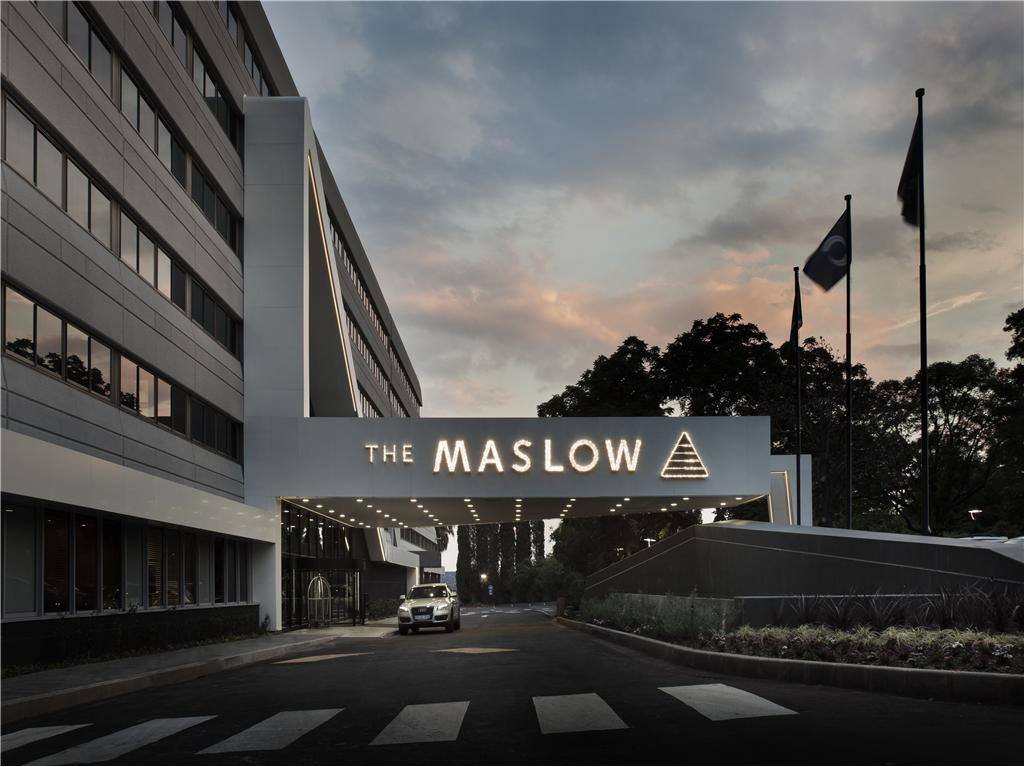 From the start the service was noteworthy. I ordered a glass of Cap Classique Rose (Lacuna also has a great cocktail menu, and each dish has a wine pairing suggestion on the menu) and asked for a Maraschino cherry. Our charming waiter returned with it, saying “I took the liberty of adding a strawberry as the bar was out of cherries. I hope you don’t mind.” He made many more good decisions on our behalf over the course of the meal. The menu is contemporary cuisine, a mix of flavours and dishes with some local flourishes (including Nigerian Jollof rice and West African pepper soup). We chose to taste a few starters. Liberty was taken and dishes were presented tapas-style on a board –  yellow fin tuna cubes marinated in balsamic and soy, baba ganough (sic) and spiced eggplant with relish and gorgonzola, pear and candied walnut, each parcel a little bomb of flavour. For main course we chose the field mushroom risotto with truffle oil, supremely delicious, and the crispy beer-battered fish. There was nothing left but to cap it off with an XXL chocolate delight, layers of chocolate deliciousness (no meal is complete with out a chocolate dessert) presented with orange segments and an impressive slinky-like coil of sugar. What’s not to like.

* At the Saxon Hotel, Villas and Spa Five Hundred claimed a spot on the Eat Out DSTV Food Network’s Top 10 restaurants list (see the Eat Out 2013 winners list),  The Hyatt has recently revamped its one Nine One restaurant and Radisson Blu Gautrain’s Central One and African Pride Melrose Arch’s newly refurbished restaurant are all emerging as dinner destinations.