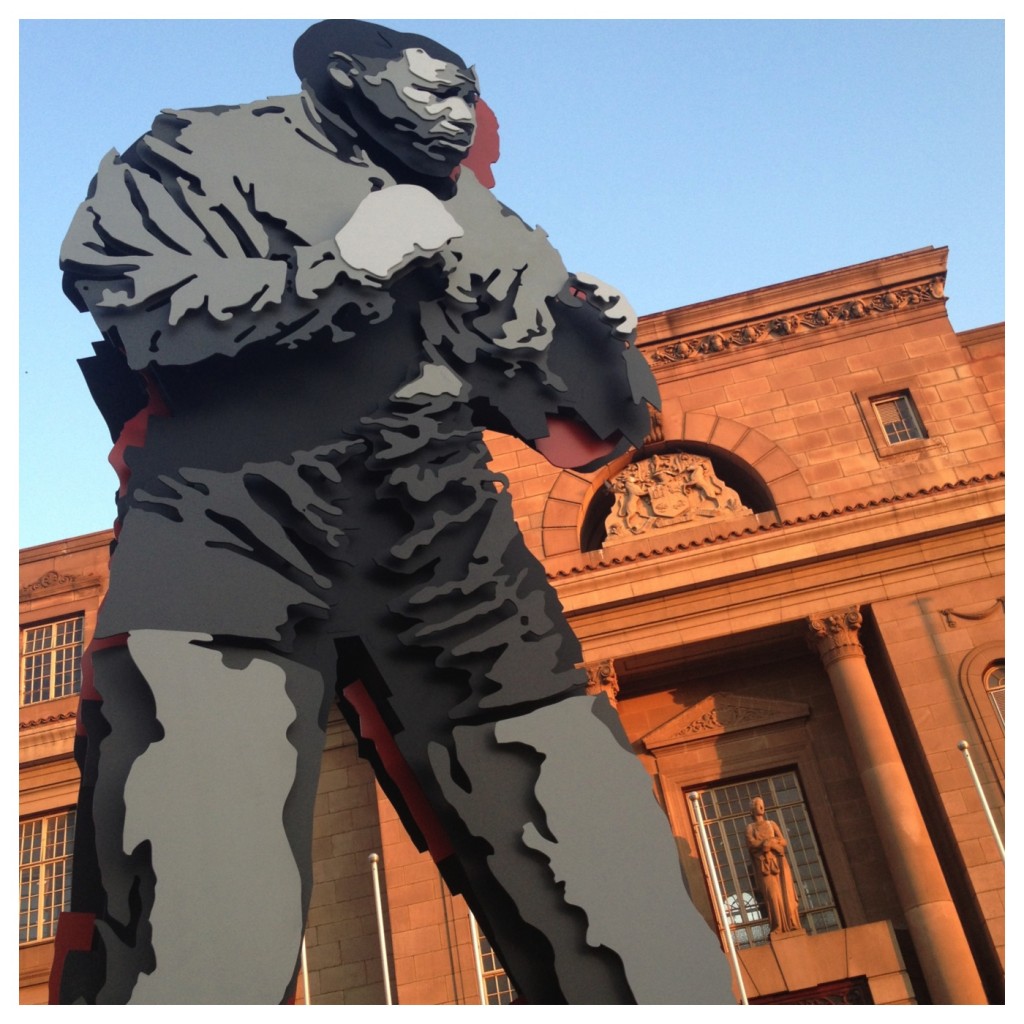 In a week in which the country and the world has held its breath while Nelson Mandela fights a lung infection in a Pretoria hospital, he stands tall and powerful on an inner city block. Nelson Mandela as a public figure is returned to Johannesburg, and specifically to the places he inhabited in the 1950s. Marco Cianfanelli’s newly unveiled sculpture of Mandela, “Shadowing Boxing” towers above Fox Street, Ferreirasdorp. Placed between Chancellor House and the Johannesburg Magistrate’s Court this must have been a path that a young Mandela walked many times. END_OF_DOCUMENT_TOKEN_TO_BE_REPLACED