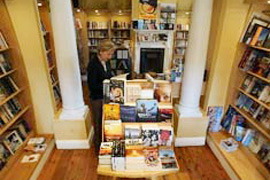 But I am still to blame.  END_OF_DOCUMENT_TOKEN_TO_BE_REPLACED

#146. Remember a different time. A small item in the news section appeared this morning announcing the death of Umkhonto we Sizwe veteran Ting Ting Masango from diabetes. This event deserves more space.

A reader had left a comment on the story about him being a “nobody” — a remarkable and seemingly proud display of ignorance that  is indicative of a greater willful ignorance about this country’s history.

Ting Ting Masango was one of the Delmas Four, and was recently “immortalised” in Peter Harris’s Alan Paton Award-winning book, In a Different Time. I met him him close to 20 years ago when he was on hunger strike along with fellow soldiers Neo Potsane and Jabu Masina. They were facing the death penalty then and had been taken to Johannesburg General Hospital after embarking on a hunger strike.

My memories of Ting Ting Masango are of a gentle man, large and imposing but soft-spoken and with a slight squint.

It was a time of true heroism, of people fighting for a cause so much bigger than themselves — something increasingly rare in the society and the world that we live in. They were fighting a system that was inhumane and cruel, and that exacted an enormous toll on us — and in many ways we are still paying for it.

People like Ting Ting deserve to be remembered and to be honoured.

#142. Confirm that real life can be far more interesting than fiction in this city. Last week I interviewed Peter Harris, author of In A Different Time, at one of my favourite bookstores Boekehuis in Melville. Harris’s true account of the dramatic tale of the Delmas Four with its intrigue and suspense and myriad coincidences is a plot fiction writers dream of creating, remarked someone in the audience.
Big news this morning is the arrest of a prominent attorney for assisting a crime syndicate to hijack inner-city buildings. This after watching “Jerusalema” last week, a movie set in Johannesburg that I had long been wanting to see. END_OF_DOCUMENT_TOKEN_TO_BE_REPLACED

#116. Read the books. Wednesday night saw the announcement of the shortlist for the Sunday Times Book Awards 2009. The awards (now in their 20th year) are without doubt the most prestigious and richest (and fun) book awards in South Africa (and I say that knowing they are and also having a bias –  I was one of their chief organisers for a couple of years).

The announcement was made at Shepstone Gardens, a Herbert Baker stone house in Mountain View. Anyone who has ever taken the route along Louis Botha and up Osborn Road, then into Hope Road en route to Sylvia’s Pass (you got to wonder about that Sylvia) would have noticed the stone house – with flag pole – that clings to the bottom of the Ridge and looks like the perfect setting for a Peter Jackson film. END_OF_DOCUMENT_TOKEN_TO_BE_REPLACED