#29. Take a trip into Newtown to see the “new” Turbine Hall. In the mid-1990s I used to walk from the Sunday Times’ offices in the Diamond Building in Diagonal Street, to the West Street Parking Arcade. Diagonal Street was a blur of noise and colour, shweshwe fabrics and leopard print blankets, Converse high tops and dried monkey skins at the muti shop, with  traders hanging out on the street outside their stores.

By contrast the Turbine Hall, Joburg’s first power station, dating back to 1927, stood derelict with hundreds of broken window panes — as if in defiance of the “fixing broken windows” method of crime fighting — made globally popular by Police Commissioner William Bratton of the New York Police Department who famously cleaned up NYC in the 90’s much like Batman cleaned up Gotham. He made the Weekly Mail’s headlines a number of times for doing it. 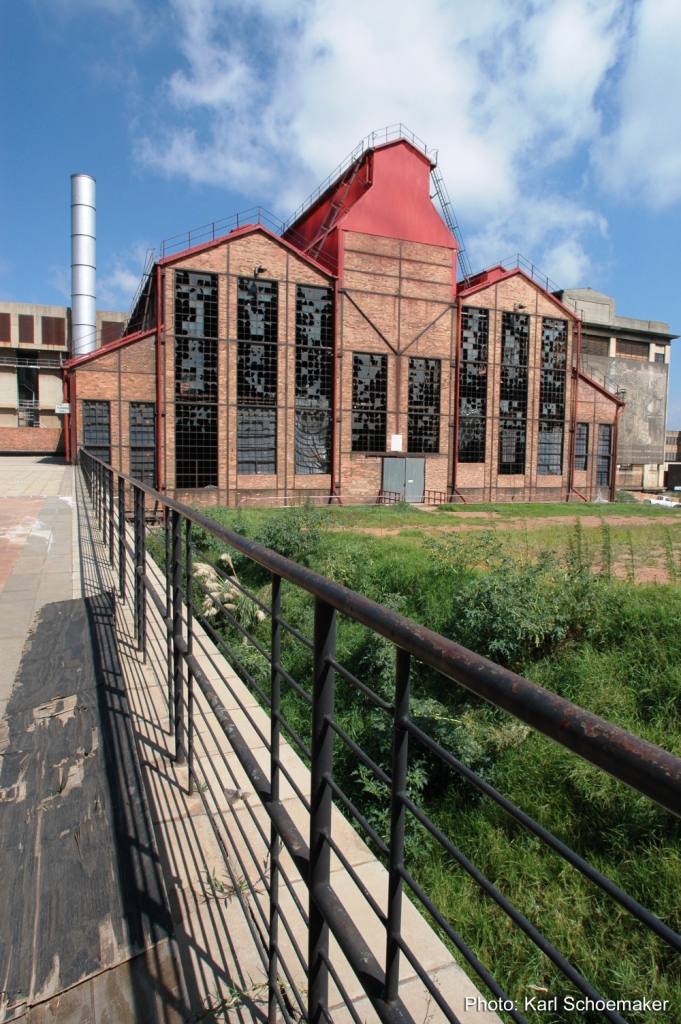 The Turbine Hall’s cavernous deserted spaces soon became a magnet for the city’s poor and dispossessed.

Today, looking up at the newly renovated building that is now Jeppe Street’s Turbine Square, the headquarters of mining giant AngloGold Ashanti, it’s  hard to recall that. Much of the old has been retained — but the internal structure of the building has been lit by natural light flowing through skylights and huge glass windows — and cleverly integrated with a modern open plan office space that has the finish of a luxury hotel.

It’s amazing how a space can transform one’s way of working and of thinking, and how just by removing walls you can promote a sense of openness and remove some of the awkwardness associated with traditional hierarchies. The office space has no doors, and even the CEO’s “office” is open — although I did ask whether there were any laser beams that might prevent someone from entering. (Clearly, I have watched Batman once too often). I was assured this was not the case.

To preserve the building which is a heritage site (not that that usually makes a difference in this city where history is regularly bulldozed to make way for cluster developments  and shiny car showrooms) the architects (Joburg firm TPS) constructed a building within a building, cleverly retaining and highlighting the industrial structure while adding  contemporary features like glass walls and steel cubes.

Interestingly the history of the building is never far away with huge photographs of the previous denizens of the Turbine Hall — vagrants, homeless and hungry people — lining the walls of one of the corporate dining areas, making for a fascinating contrast and probably, unintentionally,  a slightly uncomfortable dining experience. The basement, which has been left largely untouched, still bears the graffitti from earlier visitors. You can sense  the presence of those who occupied the space prior to its renovation.

The restoration of the building as one of Joburg’s landmarks and its makeover into a “green” building with solar heating and other environmentally friendly features is a commitment to the city, and bodes well for Newtown. And if for no other reason, make your way to Newtown and head for the public entrance to the South Boiler Hall to take a look at Marco Cianfanelli’s laser-cut steel sculpture “37 years of gold” – a depiction of the highs and lows of the substance that built this city. To see what the building looks like today, go to Thys Dullart’s slideshow on the The Times .

2 thoughts on “Joburg's Newtown gets an electric makeover”