#50. Be momentarily amused by some responses to the world’s financial institutions falling apart – between the shock and awe. The first time was while reading The Guardian’s front page story a few days ago on the showdown between Lehman Brothers’ chief executive Richard Fuld and the chairman of the House oversight committee on Capitol Hill, Henry Waxman.

After crashing a 158-year old institution, creating joblessness, homelessness, and widespread desperation, Fuld admitted to feeling “horrible” in what reads more like a report from the The Onion. He said he was “haunted” by what happened and that he still woke up at night and “searched himself” — I have no idea what that is about, perhaps for spare change? He then argued with Waxman about the value of his compensation, quibbling over a few million dollars difference. He seemed offended that Waxman had put the figure at $480-million — insisting that the number was inaccurate and that it was actually closer to $330-million. At this point he was probably waiting for the violins to start playing (for that money he could have bought his own Philharmonic Orchestra to the hearing — someone should tell him.) He also admitted he had received no severance pay from the company that he bankrupted and nor did he have a contract (This man needs a union). Watch the video.

Still no doubt he will take comfort from his $14-million ocean-view villa in Florida while looking at his multi-million dollar art collection, his head in his hands wondering where it all went so wrong. Although Fuld makes a good fall guy — actually a great one — it takes more than a Fuld to crash a financial institution and there must have been many others who took the decision to throw obscene amounts of cash around while the going was good and tomorrow was more than a day away.

And then there was an email that travelled across the ocean from Australia and that is making the rounds under the heading “Industrial Action”.

Retrenched Lehman Bank employees stage a protest by blockading the entrance to the Bank’s Headquarters. 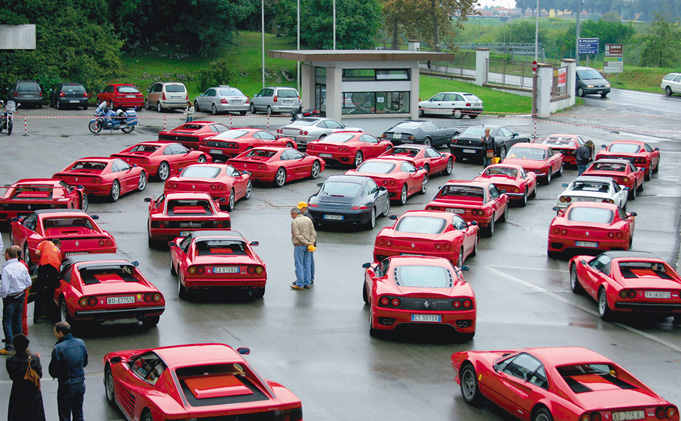 One can’t afford to not be amused…

One thought on “The financial downturn has another side to it”