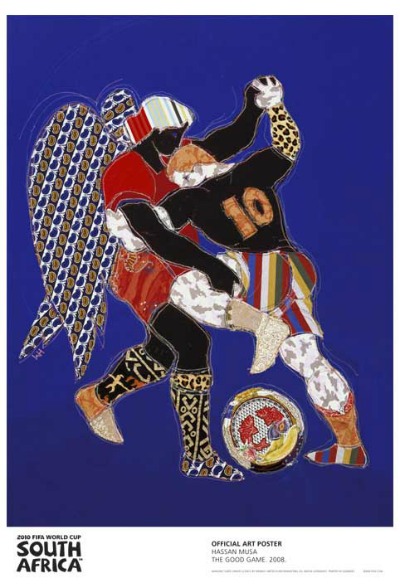 I came across them at David Krut at Arts on Main a Sunday or two ago after having tasty breakfast at Canteen (do not arrive before 10am as even though they are open they will look surprised). It’s actually a perfect Sunday location on a good day in Joburg. You get to sit outside among the olive trees (I think they’re olive trees) enjoying a little patch of grass and sunshine amid the otherwise grey industria of downtown. 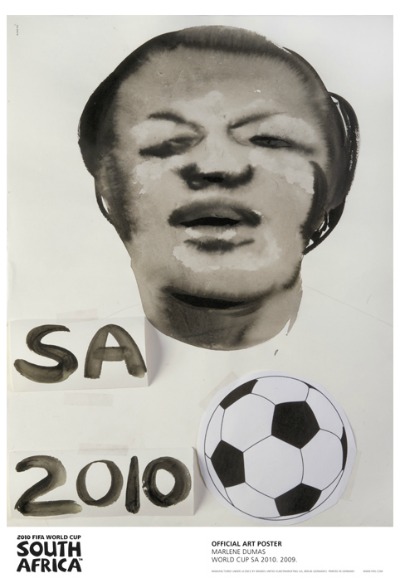 Back to the posters they are a little pricey at a few thousand rand a pop and prices vary according to the artist but oh they are cool. I particularly like the work by William Kentridge (Bicycle Kick) and the one by Marlene Dumas. 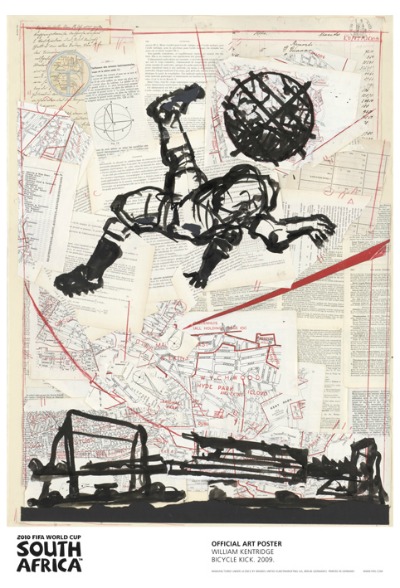 And then of course there are the delicate Kandinsky-like shapes and colours of Ethiopian-born Julie Mehretu (Stadia) and the embroidered patchwork of a soccer player wrestling an angel by Sudanese artist Hassan Musa in The Good Game, and I can’t leave out Isolde Krams’ intensely vivid and evocative Red Elephant. 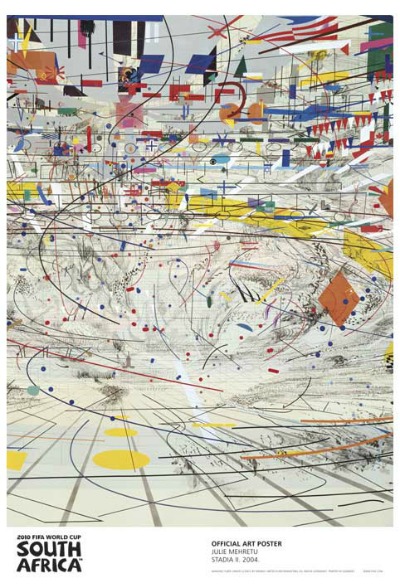 You got to see them. It’s the beautiful game made ever more so. 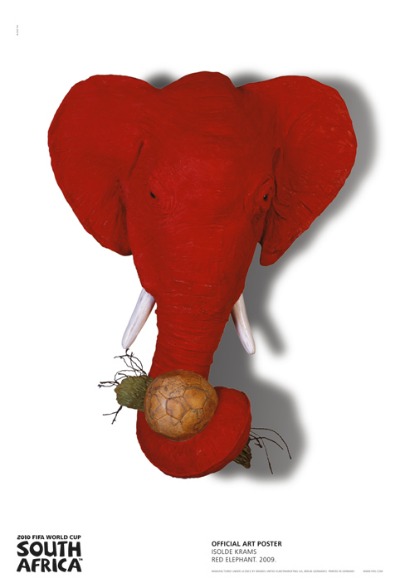