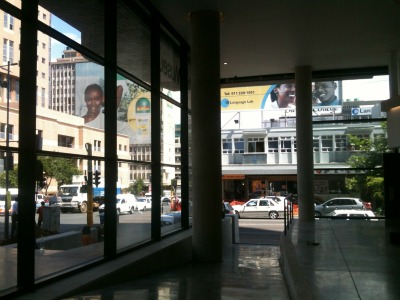 Sometime in November I had a chance to take a tour of the building on the corner of Jan Smuts Avenue and Jorrisen Street – an extraordinary piece of work.
It’s a block that I have a long acquaintance with – having spent three years traveling the unstable elevators to the Drama and Film Department back when television came with a test pattern. Then we would joke about it needing to be condemned or having been condemned. The reason for the jerky lifts was the grand pianos that were relocated by the music department or at least thats the way I remember it. 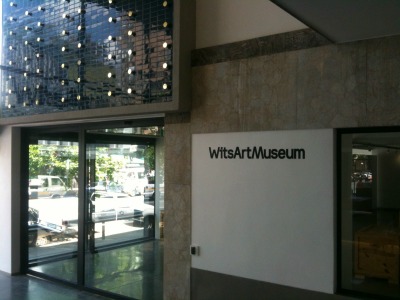 I also once went to a meeting at the then already-closed revolving restaurant that sits atop University Corner. There were other revolutions afoot and amid the furtive gatherings I recall one one in that spaceship which still had some groovy dust-covered 70s furniture, shaggy carpeting and other paraphernalia. We swore that we could feel the sway of the building from that height (but it may have been youthful enthusiasm or other influences). 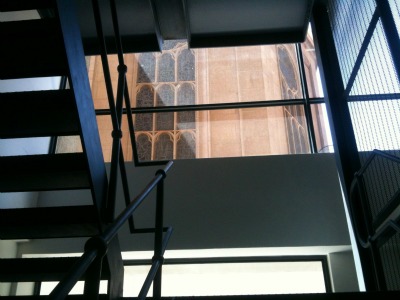 Back to WAM. What was once the dark underbelly of the building filled with community dentists is now an utterly transformed cavernous space, it’s glass-fronted ground floor filled with natural light and giving no hint of the enormous climate-controlled display spaces that make up the largest part of the gallery. It’s lines are clean, and modern and thoroughly attractive and the transformed space will open onto the street, welcoming and encouraging visitors from the city. I took the tour with senior curator Julia Charlton who called it “a great place to view what’s going on in the city”.

Architecturally it expresses the best of the city’s new sensibility, a move away from bunker styles and guarded doorways. For the more factually inclined it has the biggest available standard lift in SA – we established it can fit a horse – plus I read that William Kentridge will be a patron (of “I am not me, the horse is not mine” fame) so it’s all starting to add up. The cost of building was around R40-million. (It started at R64-million but the project budget was trimmed to meet the size of donations). Julia said: “We had to make difficult decisions about what not to put in but the end result is better for it”. 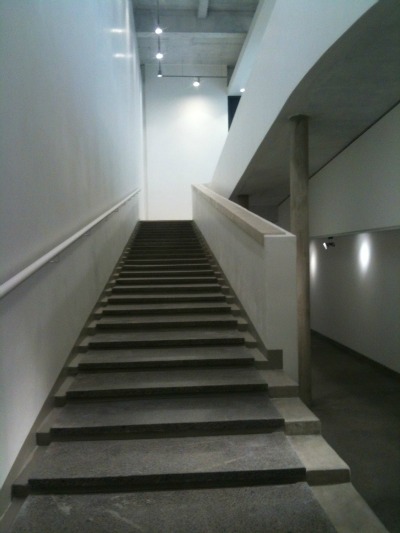 It is an extraordinary space, made more so because it’s exterior gives only a little hint of what is inside. 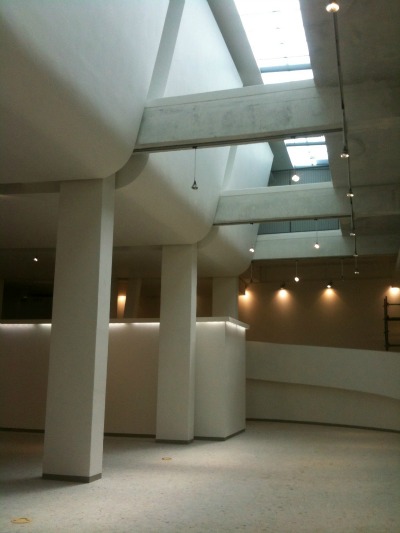 The Museum will be a permanent home for a collection of African art (put together over 70 years) and consisting of more than 9000 works that have been languishing in storage at the university. There are hints of this in the studded navy tiles that ribbon the building (see the second photo) referencing Zulu beadwork. You can read more about the collections and to stay updated on progress you can join the WAM Facebook Group

And even in it’s barest form, it is inviting and made me feel huge city pride that we finally will have a modern space for art to rival the best. It is set to open in May.

3 thoughts on “A sneak preview of Wits Art Museum”