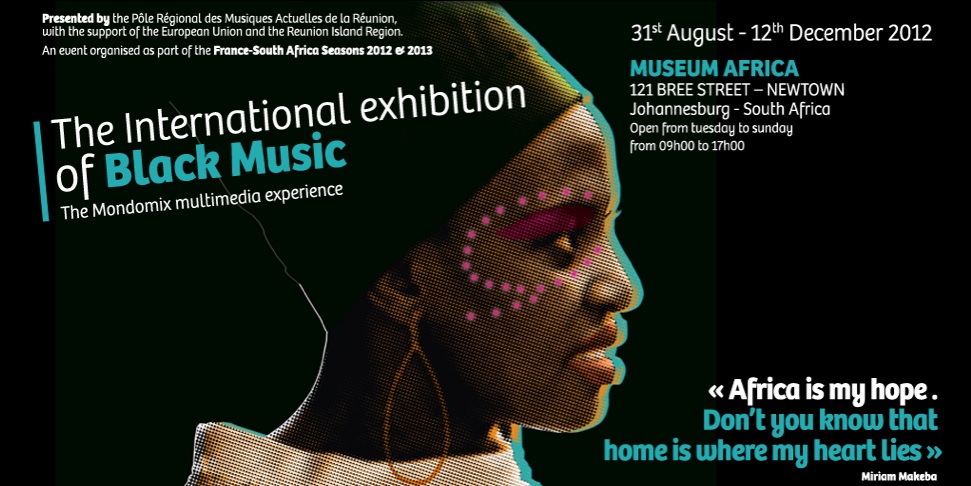 The exhibition is an incredible journey through the history of black music and its contemporary state. On arrival you are given a set of headphones and  a remote control – in the form of a smartphone – that lets you navigate the exhibits at your own pace. It is made up of six darkened rooms – each dedicated to a different aspect of the black music experience. From the start you are plugged in to the sounds and images of music culture and the tools to curate your own exhibition are in your hands as you select what you want to watch and hear next. It’s a brilliantly rich multimedia experience with fantastic documentary footage and music from all corners of the earth shaped by ties to Africa. 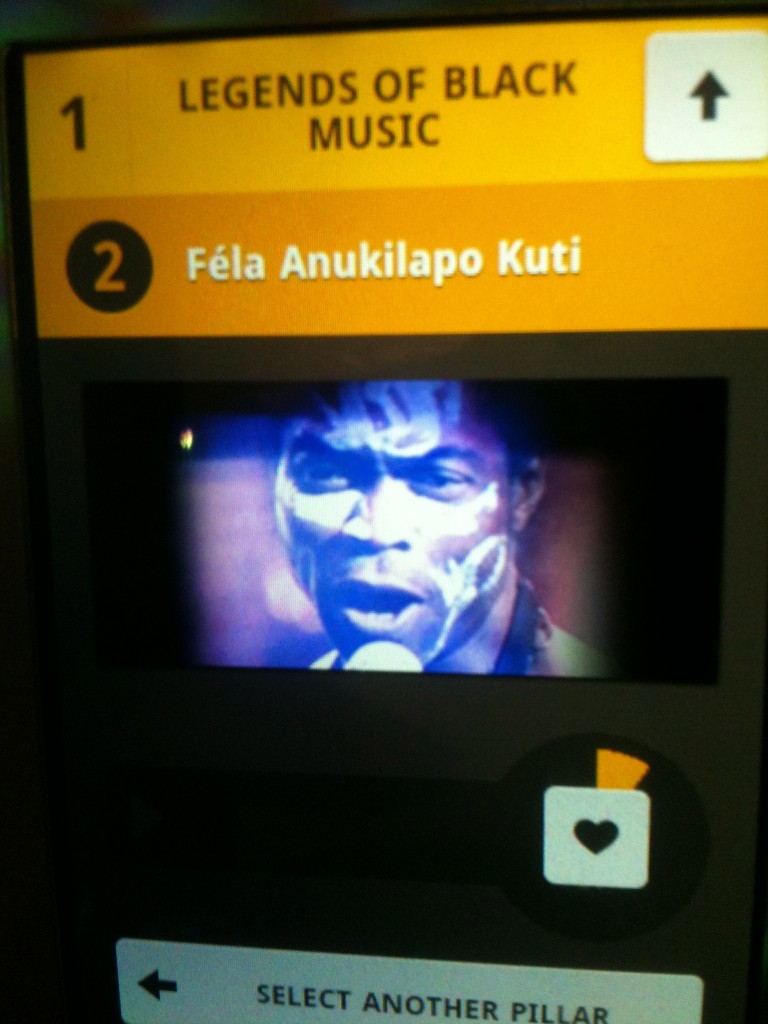 My favourite room was The Legends of Black Music where 22 great artists are profiled. The room has 22 pillars and as you select a number the surface of the associated pillar becomes your screen into that singer’s life. From Marvin Gaye to Fela Kuti, Miriam Makeba to Prince, the range is rich. Elvis is also there, an honorary figure whose first hit was a recording of a Blues song. The documentaries cover the music, the highlights, and the lowlights, the family dramas, sexual proclivities and dangerous highs of some of music’s greatest stars, and also display their sheer talent, and impact on the world. Entertaining and moving – and all the while the music plays in your head creating a continuous soundtrack from East Africa to the Caribbean, North Africa to Cuba and beyond. Pure multimedia pleasure.

The documentary on Marvin Gaye said he “liberated a generation” which led me to thinking about a list I need to make about the things that saved my childhood  (the 1970/80’s in Benoni – small-town South Africa – was not all you think it was cracked up to be). On it needs to go a curious combination of fiction (anything I could get my hands on) – starting with Enid Blyton and moving on to Alex Haley’s Roots, Leon Uris’ Mila 18, James Michener’s Drifters, Ruth Prawer Jhabvala’s Heat and Dust, and Tolstoy’s War and Peace. Journeys to other worlds were a prerequisite for survival. And music was the other  – Aretha Franklin, Nina Simone, Marvin Gaye, Ella Fitzgerald, Louis Armstrong, Earth, Wind and Fire, The Spinners and an obsession with George Benson and the neon lights of Broadway. The music that started with the traumatic  transport of people across oceans continues to transport people to other moods and worlds, and to fire the spirit through peace and war, dictators and fallen heroes. 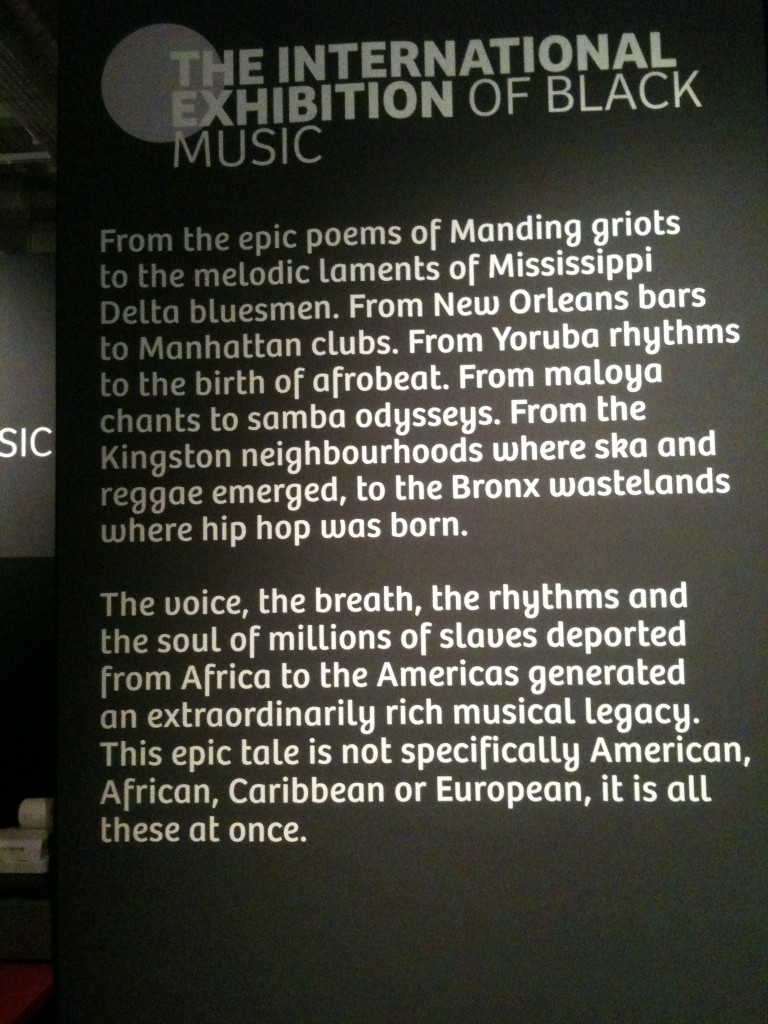 Initiated and curated by Mondomix, a French world music specialist production house, the exhibition spent a few months in Reunion, and then Senegal. It is a real treat to have it here. And it should have people queueing around the block. Although … apart from the inner city I haven’t seen much mention of it, and Museum Africa doesn’t entirely live up as a good host. On the day I went all the interactive elements – such as getting to create your own playlist, and making a graffiti artwork were offline due to nearby construction work. The security guard at the door barked at us to sign-in and sign out as we left as if we were visiting a prison rather than an exhibition. Still, that’s no reason to be put off. The exhibition is a knock out or as Francois ‘Franco’ Luambo Makiadi, Central Africa’s biggest star (more than 100 albums recorded) once said: “You arrive OK, you leave KO”.

* The France South Africa Seasons – see the full programme. The exhibition ends December 12. Entrance costs R40. Sundays are for free. Museum Africa is at  121 Bree Street, Johannesburg. There is lots of secure parking out front. Closed on Mondays. Tuesday to Sunday it’s open from 9am-5pm. 011 833 5624

Do your ears and eyes a favour.